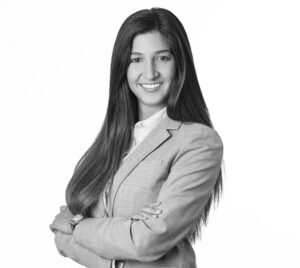 The National Herald and The Hellenic Initiative have begun a partnership to introduce the NEXTGEN of Greek/Cypriot ‘movers and shakers’ to the rest of our Community around the world. Established to inform its readers about all things related to our homeland and its respective communities throughout the world, TNH is now providing THI’s New Leaders (40-years-old and younger), with a new platform to showcase their ideas and to engage their communities in a deeper, more meaningful way while simultaneously building a bridge to Greece and Cyprus. Our next featured New Leader is Theodora Tavridou. Get to know her below!

What city do you live in?
New York City

Where in Greece are you from?
Thessaloniki

What motivated you to get involved with THI?
I first heard about THI back in 2015 when I moved from Greece to the U.S. for my master’s degree. I originally viewed it as a great place to meet people, make connections and explore employment opportunities but then I quickly realized there was much more to it than I could see during the events and galas. THI is admittedly one of the very few (if not the only one) organizations that has actual “foot” and substantial presence in Greece and that has managed to make an impact and offer not only generous, but also organized, help to Greece as a whole, and Greeks individually, in several occasions.

Favorite activity to take part in where you live?
Taking my 4 year old son to his Greek afternoon school every Monday!

Favorite place to take your non-Greek friends when they visit you in Greece/Cyprus?
Chalkidiki

Favorite Greek product you can find outside of Greece?
Ion chocolate and Amita juices

What is the biggest crisis Greece/Cyprus faces today?
Although Greece still faces major economic challenges, I believe that the most serious crisis it currently faces is of social character. Cases of domestic violence, femicides, #metoo cases and other hate crimes have recently increased significantly, making it a necessity for all community and state efforts to focus on education, awareness, support of women and children in need, fighting poverty and ensuring safety of the Greek people.

One piece of advice an elder has given you that has proved invaluable?
“Keep your options open!” When you need to make a life decision, pick whatever will give you the most options down the road so you never have to regret about any of your choices.

Favorite quote from a Greek philosopher?
“It’s not what happens to you, but how you react to it that matters.” – Epictetus

How has your Hellenic background helped shape who you are today?
Born and raised in Greece, starting college (e.g. law school) in Greece right at the beginning of the economic crisis and leaving Greece at a time of great uncertainty and ending up kicking off my career and my own (Greek!) family away from home has definitely shaped me into who I am today. I admire the old Greeks for all their great accomplishments written in history but I also admire the new Greeks for valuing family and friendship above anything else, for investing in their education and being the living proof that education is the one thing nobody can take away from you and for being successful in different contexts, different professions, different countries (including Greece) and despite the difficulties in each of these environments (employment rate, high cost of living, visas, green cards, etc.).

Life Motto?
Anything is possible.