The Hellenic Initiative has provided $645,000 to support 37 promising Greek start-ups

On December 14, The Hellenic Initiative (THI) presented its Venture Impact Awards – now co-sponsored by Microsoft Greece –for the third year at Stavros Niarchos Foundation Cultural Center in Athens. $110,000 in cash prizes were presented to five of Greece’s most impressive fledgling companies, bringing the total awarded to $645,000, supporting 37 companies.

Microsoft Greece recently joined VIA’s original anchor donors, the Charles C. Condes Trust and the Helidoni Foundation to support the THI awards program. The program’s vision is to support Greece’s brightest and most talented teams, which exhibit not only the ability to generate sustainable financial returns,  but also demonstrate a measurable impact on society.

Agritrak and Classter were the evening’s top winners, each receiving $30,000 awards.  EVO For Human Performance and LingoGalaxy each won $20,000, with MomCycle receiving a $10,000 award.

Yannis Moutsios, Hellenic Broadcasting Corporation (ERT) news anchor, was the Master of Ceremonies.  The awards ceremony was followed by a cocktail reception for networking and fellowship for over 100 enthusiastic attendees.  Announcing the evening’s winners, Moutsios said “they made it, but they can go further,” and added that it will now be possible with the support of the Condes Trust and the VIA.

Agritrack is a leader in digitizing the Agri and Food sectors. Its sensors track food “from harvest to market” and better predict its expiration date, “fighting food waste and securing better prices for producers” according to CEO, Vlasis Tsezos.

MomCycle was represented by co-founders Ileana Ismyridi and Niki Lalioti, creators of the online marketplace for recycled high quality children’s goods. Their vision “is to create a better future for our children through sustainable consumption.”

After the presentations, Nikou and Tzesos participated in a Fireside Chat with Moutsios. Asked the secret of Classter’s success, Nikou emphasized the importance even of ‘baby steps’ and expressed appreciation that, “Microsoft was the first organization to help us.” Tzesos noted that support from venture capitalists outside Greece was also vital.

Harriette Condes Zervakis, representing the Charles C. Condes Trust, told the honorees, “congratulations to all of you – you make us all very proud.” Asked by Moutsios about Charles Condes, her revered uncle, she said he was an entrepreneur and shrewd investor who “believed in investing in people…he was also very concerned about brain drain in Greece” during the economic crisis. She learned about THI, did her research, and “acting on his behalf, I chose THI.”

Michael Printzos, THI’s Program Director, congratulated the winners and noted that the VIA “would not be possible without the support of the Condes Trust led by Harriette and her son Pete Zervakis, as well as the Helidoni Foundation led by Dimitris and Sarah Georgakopoulos. We at THI will always be grateful to them and…the generosity that has helped change the lives of so many in just three years.”

Thanks to Microsoft, in addition to the cash prizes, winners will have access to numerous benefits through the Microsoft for Startups Founders Hub.

Miladie Stoumbou, Sr. Regional Director for Microsoft, said that Microsoft feels a responsibility to partner with promising companies that share its vison and values regarding sustainability, climate change, fighting poverty, and cyber security. In Founders Hub, “we have offered a program for all,” she said, adding that for Greece, Microsoft helps “to keep the talent here – keep the brains, export innovation.”

George P. Stamas, THI’s Board President, stated, “I wish to express our appreciation to Microsoft for joining the VIA endeavor. This year, with their support, we can provide services that will help winners grow faster.  This increases the impact that these companies can have and scales the impact that we at THI are able to have on Greece.” 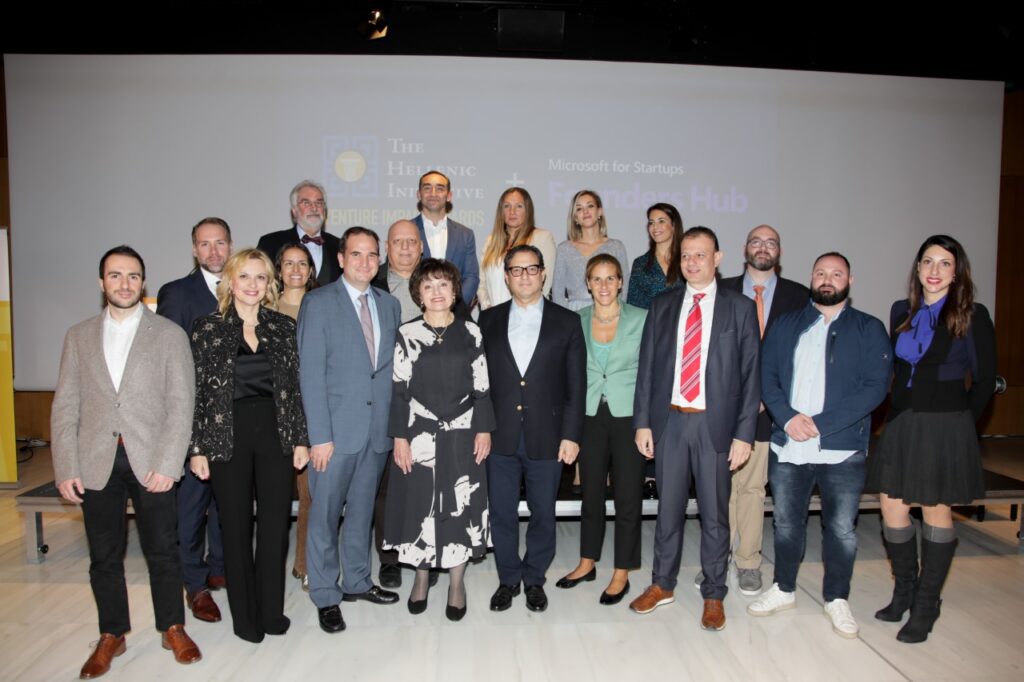 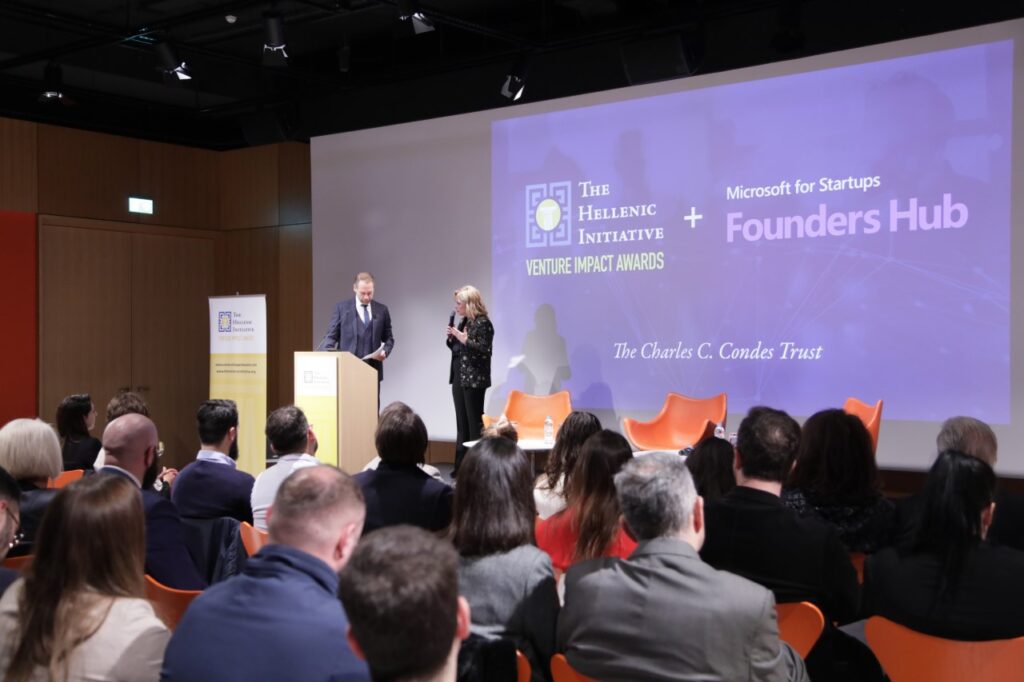