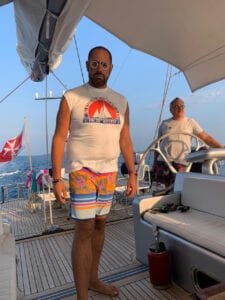 It is remarkable how ideas and practices of the past can show us the way to the future. In the history of Hellenism, that pertains not only to noted thinkers like Plato, Democritus, and Aristarchus, but the everyday lives of the humblest Greeks.

Everyone is now aware – though it was a longtime coming – of the importance of recycling, but entrepreneur Stratis Andreadis has learned from our ancestors how both his company and the Earth can profit from the practice of ‘reuse’.

Salty Bags, based on the island of Corfu, is a sail reuse company, turning sails into items like beautiful carrying bags. “We have re-used about 20,000 square meters – a good amount,” he said. There is abundant supply because “yachting is a fairly large industry that includes activities like chartering and yacht racing.” From all over the world, yachting attracts people to Greece, which he notes, “cumulatively has the coastline of Africa.”

Stratis is closer to Hellenism’s maritime essence than most. His mother’s roots are on solid ground in Agrinio, but he “grew up racing sailboats from the age of five. I feel like I have spent 95% of my life sailing and racing sailboats.” His father – who has roots in the islands of Chios and Poros – and grandfather also owned and raced sailboats and the family’s boating and shipping history dates to the 18th century.

So, he was born into that passion, but Stratis’ love of the sea has evoked a new one, protecting Earth and its seas. “There are not sufficient resources to deal with the spending patterns of the middle classes that are growing around the world. Managing our resources and waste is now an imperative. The Golden Rule is the Four Rs reduce, repair, re-use, recycle,” which he happily and thoughtfully explains.

“’Reduce’, by not buying as much, or buying smarter – buying things of high quality that last long. ‘Repair’ what you have rather than throw things away when they break – but designers must make them better – not only so that the material can ultimately be recycled but so that in the meantime they can be repaired and parts interchanged.”

“Re-use,” he notes, is the step before recycling, where the material is broken down to more basic compounds and elements. “Re-use is where we come in.”

The issues are not as simple as they seem, however. While consumers would like to buy ‘better’, financial pressures make cheap goods tempting. “That’s where companies must step up,” said Stratis – and they are.

“What some are doing is selling their products as a service. For example, you want an outdoor jacket but there is no reason to buy it, because it will live 80% of its life in your closet. So companies are saying ‘Ok, you need a jacket or a car, but we won’t sell it to you. We will give it to you for the time you need it and then you return it.”

Salty Bag makes it easier for people by allowing them to pay over time. “And when they buy our products, they can get the next product at least 30% off. When you become bored of a bag, you return it to us, we turn it into another bag, and you get the next piece.”

“We take an end product, we cut it up and wash it, and we sew it into something new, and it has a new value.” Recycling is the last resort. It’s different from reuse because it uses huge amount of energy and the end product has much less value – it’s virgin material again.

Reuse and recycling was the main way humans dealt with their materials for thousands of years – Stratis reminds that many churches in Greece were ancient temples that were taken apart and put together again – like Athens’ Little Metropolis.

But in the 19th and 20th century the paradigm shifted to mass production and consumption, which led to a throw away culture.

“We put ourselves in a really bad hole and we have to get out of it. Our company here in Corfu is doing that.” In the beginning, it was hard to explain what they were doing, but it has become much easier and such practices are now catching on with other companies.

Stratis is delighted that Salty Bag products are accompanied by the ‘tale of the sail’ – a history of the material provided by the precious owner. “It’s a very Greek story oftentimes. It gives you a sense of the material, which tells you something about the sea and about life in summer, vital parts of the essence of being Greek.”

Of course, passionate people tend to have more than one passion, which led the discussion to the magical island of Corfu.

“I hadn’t really visited Corfu until 2013, when I was racing yachts and teaching a sailing seminar. That’s when I met my first partners with the company – I fell in love with the idea of creating a handmade Greek brand that has real stories from the sea, from Greece. And then I fell in love with a wonderful lady from Corfu – so there were two reasons to stay.”

Corfu, and not only because of its cuisine, is one of the most delicious Greek islands. “It is a palimpsest of cultures – Venetian, English, French influences” – but since it was never conquered by the Ottomans, it remained Greece’s window to the West until the end of the Turkish occupation,” Stratis said.

A passion for helping build a New Greece brought him to The Hellenic Initiative. He is friends with Board members and staff, and after helping to organize a yacht race in Corfu that THI was involved with, he has been donating products to fundraising Gala auctions.

Stratis has also begun a mentoring relationship with THI’s Connect the Dots initiative, the new Virtual Entrepreneurial Mentorship Project that is supported by the U.S. Embassy in Athens. He says, “it’s travelling for the mind. It strengthens in a unique and very personal way the perspectives of those lucky enough to take part.” 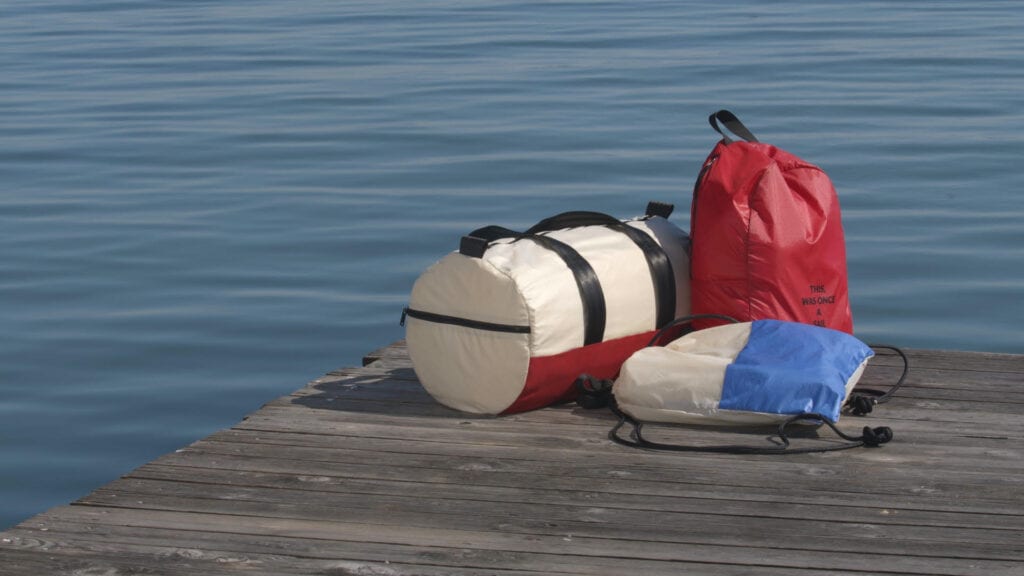