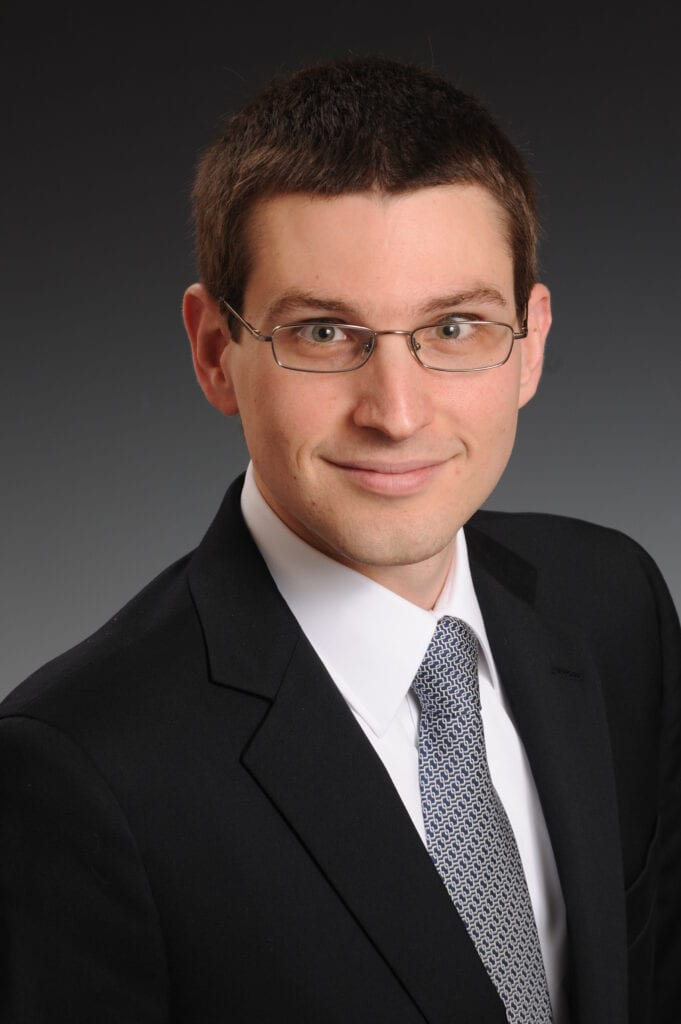 It is difficult to imagine someone more deeply imbedded in a demanding field than distinguished neurosurgeon Dr. Kimon Bekelis, but despite planting roots in the United States and a demanding schedule, he cares deeply about his homeland that is still emerging from an economic crisis and he looks for opportunities to help Greece’s struggling healthcare system. That is why he appreciates the opportunities to give back through donations and to even provide direct help that THI provides.

With both his parents from Edessa but with roots in Sparta and Kalipolis in Eastern Thrace, Kimon was born and raised in Athens. He came to the U.S. for training and medical practice. His parents were both economists and as far back as he could recall he always wanted to be a doctor. But wanting to be a neurosurgeon was a later development.

Kimon’s subspecialty training is in minimally invasive endovascular neurosurgery and he also specializes in Gamma Knife Radiosurgery, and complex spine and brain operations. He is one of the most widely published stroke researchers in the country, with several national and international awards, and his current positions include being Chairman, Neurointerventional Services at Catholic Health Services of Long Island, and Director, Stroke, and Brain Aneurysm Center of Long Island. He is also Assistant Professor, The Dartmouth Institute for Health Policy and Clinical Practice.

“The reason I am doing this,” Kimon said, “is because I find it fascinating to treat these diseases. The surgery is life altering when it happens and the opportunity to intervene and change the fate of these patients with simple procedures in a split second is attractive to me.”

Outside his field, many people are aware of the daunting epigram “time is brain,” and deeply appreciate what doctors like Kimon do for them and their loved ones.

“Time is central to everything we do,” he said. The more quickly the intervention begins and the more swiftly it is effective, more of the brain us prevented from dying.

Recent progress has been tremendous but what is on the horizon that he is helping to develop is even more reassuring for a topic that people do not want to think about.

Kimon’s field is narrow and has two broad areas of treatment: ischemic stroke, where, due to blockages blood is not flowing, causing brain tissue to die, and Hemorrhagic stroke, when there is too much blood from bleeding inside the brain.

Ischemic stroke is treated by inserting wires into the body that remove blockages mechanically. With hemorrhagic stroke and aneurisms there are multiple ways to treat them, including again going into the vessels, but in those cases doctors block the flow to the spot where the vessel ruptured.

One of the keys to greater recent success is “X-ray technology that allows surgeons to have 3-D images of the vessels in the brain and allows them to operate at a very high level of magnification,” he said. Technology is moving forward both in terms of improving current methods and finding new ways of addressing injuries that were once untreatable, but there are also developments in the area of biologics and stroke prevention, and, of course, robotic surgery.

“The development of portable MRI machines is also very valuable because moving patients risks more damage to the brain. The ability to bring the machines to patients’ bedside is revolutionary.” And there are now mobile stroke units with CAT scanners that can be sent to patients outside hospitals for more rapid initial treatment. Those are already circulating on Long Island.

Asked whether his work and research also provides insight into the prevention and treatment of dementia, Kimon said, “as neuroscientists, we are all interested in brain function and loss of function, and dementia is the prime example.” He explained that, “developments in the field have been relatively limited, but not due to lack of trying…it’s a very tough disease to address. And part of what people experience is due to the natural aging process, which cannot really be reversed.”

He noted, however, that the research has discovered a lot of causes of dementia that are preventable. For example, “vascular dementia is caused by the effects of minor strokes accumulating over time,” and emphasized that regular checkups and identifying risk factors is crucial. “Hypertension, diabetes, high cholesterol, smoking – if you are controlling those, the incidence of vascular dementia will drop dramatically. Interventions that are simple can help in many dementia categories.”

When the conversation turned to Greece, Kimon pointed out that many people in science and medicine are narrowly focused on their field and work, “but I have friends on Long Island who discuss how important THI is, supporting both goals “of helping people and entrepreneurs in Greece, and lobbying for support” for Greece in general, and putting Greece back on the global investment map.

He was actually introduced to THI through friends from London, and said “it’s been near and dear to my heart for a long time.”

He believes that THI can be very helpful to efforts to improve Greece’s healthcare system – especially the state hospitals – both by helping them get through the crisis and by promoting excellence in the sector far into the future. Medical professionals can enable THI to strategically provide funds and to be a catalyst for developing programs for training health care professionals and administrators.

Asked about the age of and poor maintenance of facilities, which is what visitors first notice, Kimon said that age is not the problem. “We have a lot of old hospitals in the United States, but the biggest issue in Greece is programmatic development. What THI can do is create avenues for programmatic exchange and development, introducing officials to scientists or physicians who are willing to be involved, through committees or their participation in Boards of Directors of hospitals and in areas of the government that can make changes which can be impactful throughout the health care system, which is mainly government-driven.”

Kimon concluded by saying with excitement, “the biggest capital contribution THI can provide is its people, who can offer their knowledge on how to programmatically change healthcare delivery in Greece.” That observation applies, of course, to all fields given that many Diaspora Greeks are at the pinnacle of their professions.