Visitors had the opportunity to learn about Venture Garden and talk to successful startupers who have emerged thanks to the support they received from the program. Specifically, Ms. Alexia Stamboulidou of mouro superfoods and Mr. George Sinanis, founder of SuiGeneris Seat presented their work to the Prime Minister Kyriakos Mitsotakis, the Minister of Digital Governance, Mr. Kyriakos Pierrakakis and the U.S. Ambassador in Greece Mr. Geoffrey Pyatt. 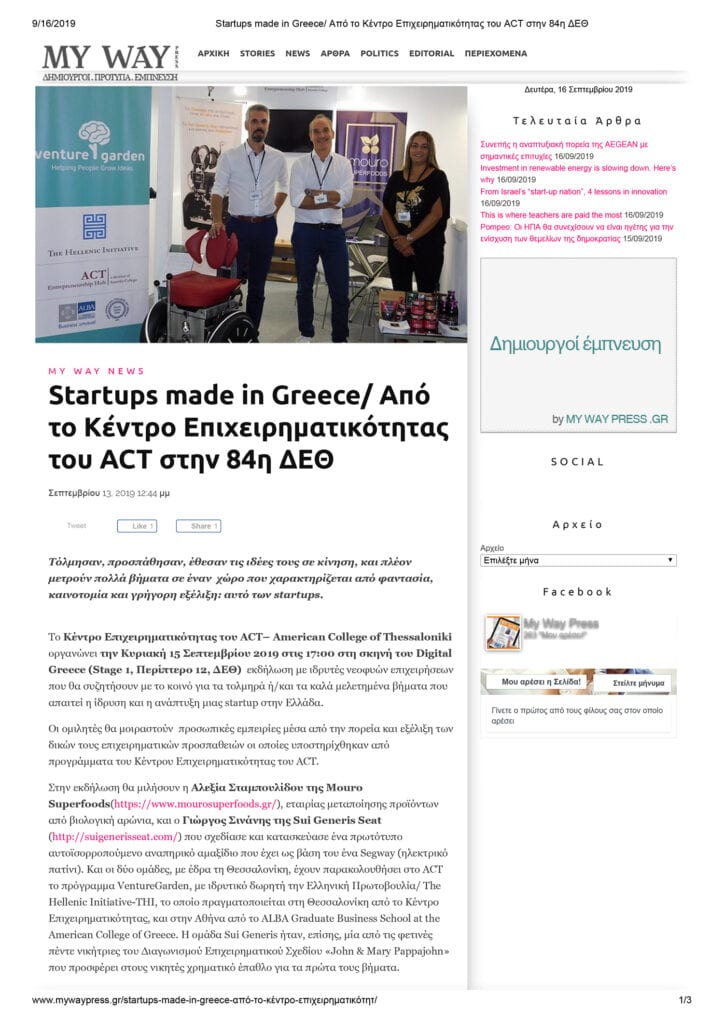 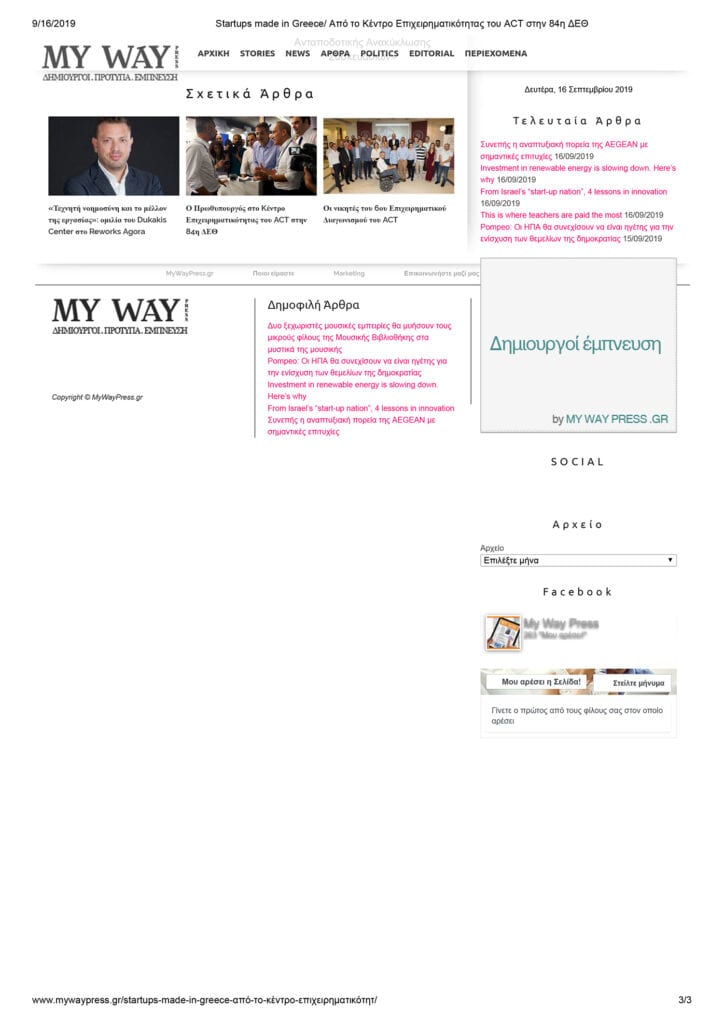 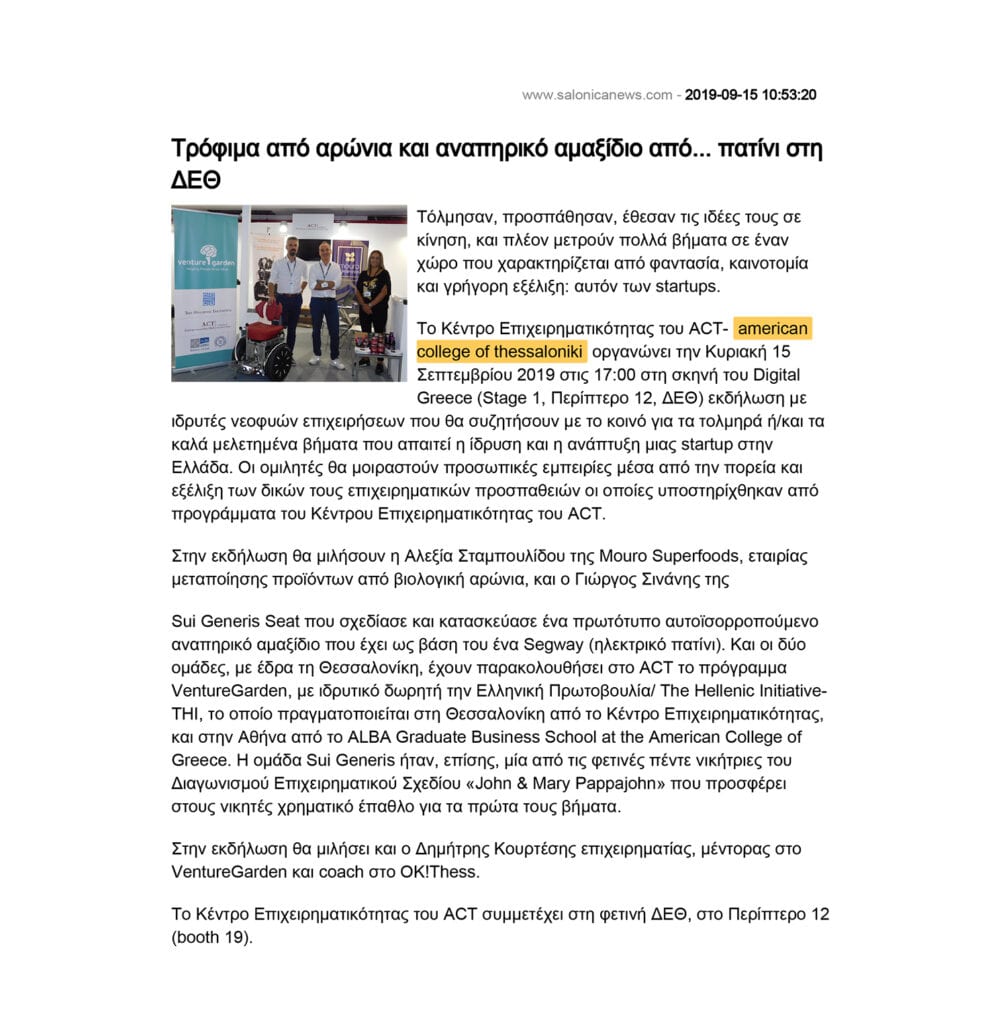 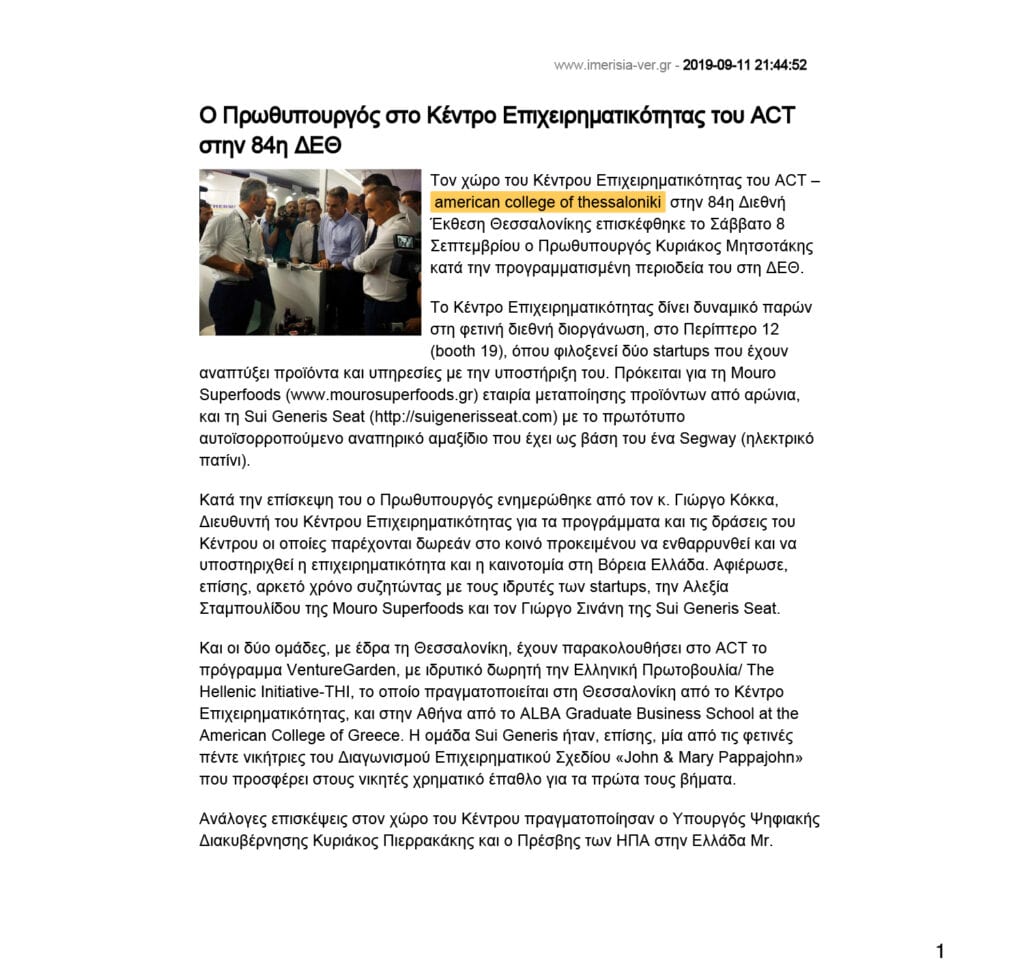 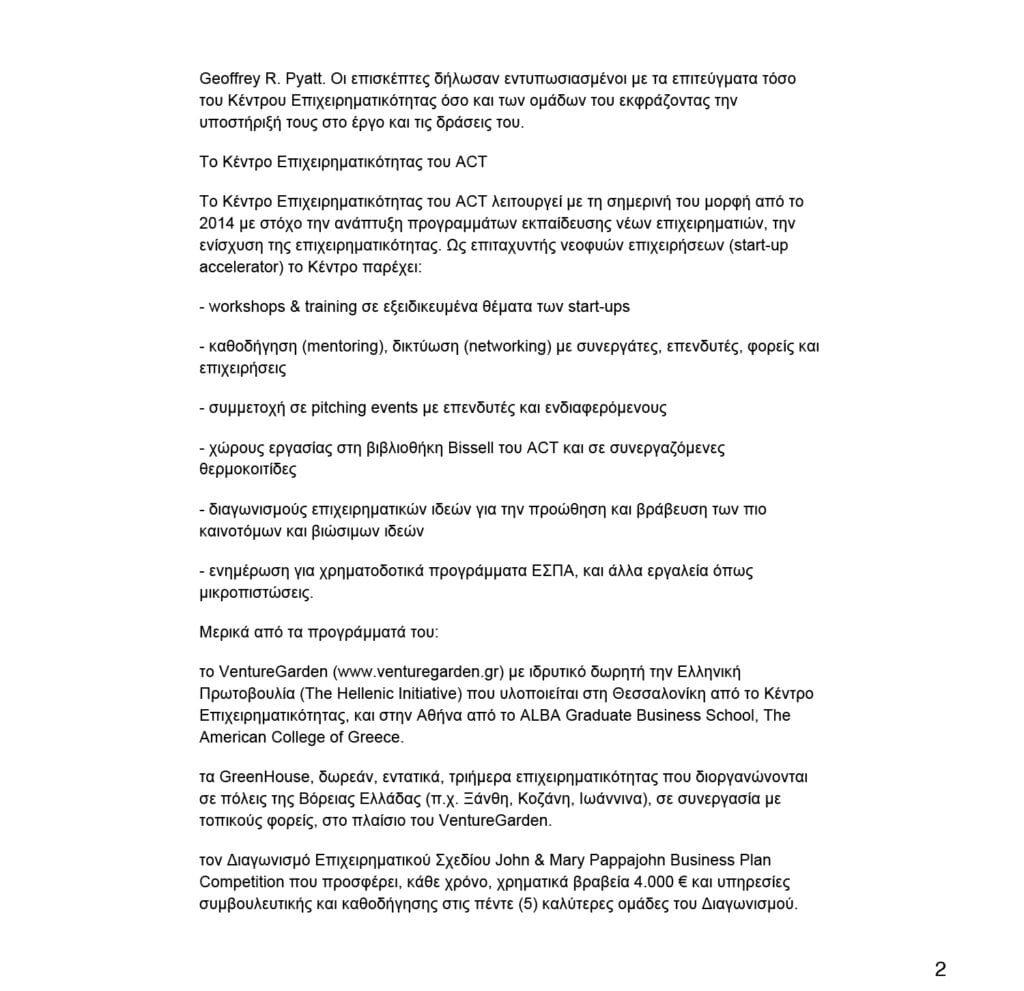