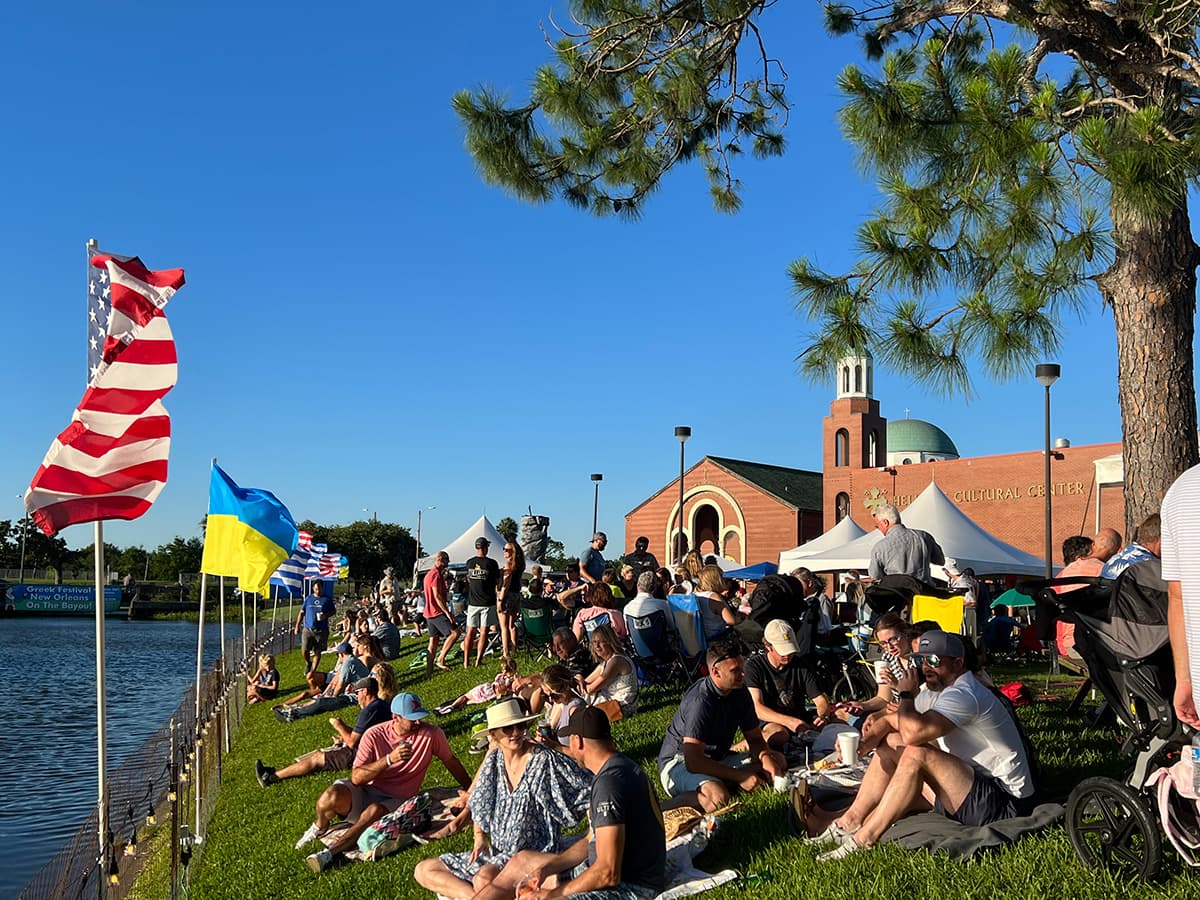 The Hellenic Initiative is forever grateful to those who entrust us to be their bridge to supporting Greece. Individuals and families, sometimes across generations, have chosen to make us their philanthropic priority for Greece. This month we spotlight a Church community which turned its philanthropic trust to us.

The Church of the Holy Trinity of New Orleans owns the honor of being the first Greek Orthodox parish in the United States. From its founding to the present, it is an institution born of generosity and a sense of giving and giving back.

John Georges, an internationally-known businessman and philanthropist and a member of the Board of Directors of The Hellenic Initiative, was delighted to talk about his parish – especially since it recently made a substantial donation to THI– specifically to assist Ukrainian refugees in Greece.

“Because of the work done by our ancestors, we have a thriving Greek community here,” said Georges. “When this year’s Festival arrived, the Ukrainian situation came up, and since I’m on the THI Board, a few of us got together and presented the idea to the community: for every ticket sold to our festival, we would offer a dollar to support Ukrainian refugees in Greece, and we would do it through THI. We raised about $20,000.”

Georges spoke about Holy Trinity’s rich history. “The first Greeks arrived in New Orleans in the 1700s and were a prominent business and community by the 1800s. John noted, “In 1864, Nicholas Benachi of Chios, the first Consul of Greece in New Orleans, offered his home for worship services. Then, in 1866, we built the first Greek Orthodox Church of the Americas here, along with a small cottage for the priest.” In 1867, Mr. Benachi sold this property to the Orthodox Community. John added that “the Benachis were cotton brokers from the community of Greeks in northern Africa who were part of the cotton exchange.”

Every Holy Trinity generation since has made its contribution, strongly inspired by their predecessors. According to Georges, “We adopted 200 orphans in Cyprus, also in the 70s we created a Kalamata Earthquake Relief Fund.” More recently they supported the new St. Nicholas Church at the World Trade Center.

The current generation’s standout trait is resilience. “The story of the New Orleans Greek Community is also that today, it is thriving even though it overcame a direct hit on the church by Hurricane Katrina – it was rebuilt in a matter of months. As a Community, I think we punch way over our weight,” Georges said without exaggeration.

“We are a thriving Greek community of multiple generations. My kids are fourth generation, and we are not the oldest family,” he said. And they are not lonely for Hellenic company. After noting New Orleans’ importance for the Greek shipping industry, John said, “there are about 5,000 Greeks in New Orleans, 30,000 in its driving radius.” That’s a lot of Hellenic energy in a small space, and it is guided by a philanthropic spirit that extends far back to the beginning of Holy Trinity’s distinguished history.