Currently the Director of Global Corporate Partners for THI, Courpas will succeed Peter Poulos as Executive Director of THI 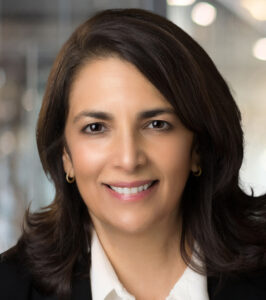 “On behalf of the Board of Directors it is my great honor to welcome Tina Courpas as our new Executive Director and to express our Board’s and community’s deep gratitude and appreciation for Peter’s contributions to our mission.” said Co-Founder and Board President George P. Stamas. Stamas praised Tina for her work the past two years at THI, noting that she brings to the role over 20 years of financial and legal experience on Wall Street as well as four years as a senior manager in the non-profit sector.

“Tina is the perfect choice to replace current Executive Director Peter Poulos, who had taken the organization on a path of increased growth and visibility. I am confident that Tina’s professional experience and background as well as her strength of character and love of our community will help propel THI into the future” said THI’s Co-Founder and Board Chairman, Andrew N. Liveris.

The Hellenic Initiative was founded in 2012 to raise funds from Greeks of the Diaspora, to provide crisis relief and economic development investment to Greece in response to Greece’s economic crisis. Since its formation, THI has provided over $17 million to Greece, 60% of which has gone towards Greece’s entrepreneurial and economic development. Ms. Courpas stated, “THI combines the professional excellence of our remarkable Board of Directors, staff and partners in Greece with a mission to unite the global Greek diaspora in support of Greece. This is a powerful combination and makes us truly unique. I am grateful to THI’s Board for this opportunity and look forward to all we will accomplish together.”

Peter Poulos who has been with THI since its inception, first as Director of Development, and then as the organization’s Executive Director, navigated THI through COVID and help build it into a brand name. Poulos will be taking a six-month sabbatical and re-joining THI as co-chair of its International Ambassador’s Program along with Princess Tatiana, the current chair of THI’s International Ambassadors.

Andrew Liveris added, “THI has brought the global Greek diaspora together like no other Hellenic organization has ever achieved, and the connectivity to Greece and its considerable philanthropic needs, and to become a stronger member of the EU and a presence in its region, has been led by Peter in a manner that leaves a strong legacy and a foundation for Tina to build on. I’m very pleased that he will stay involved with THI after a well-earned sabbatical.”

According to George Stamas, “After ten years of remarkable work, THI has a track record of unifying the global Greek Diaspora to make positive impact in Greece. With Tina’s leadership, we are poised to take THI to the next level. With our Board, team, partners on the ground in Greece, powerhouse New Leaders community, and the many donors and friends of THI globally, the sky’s the limit for where THI will go for the next ten.”