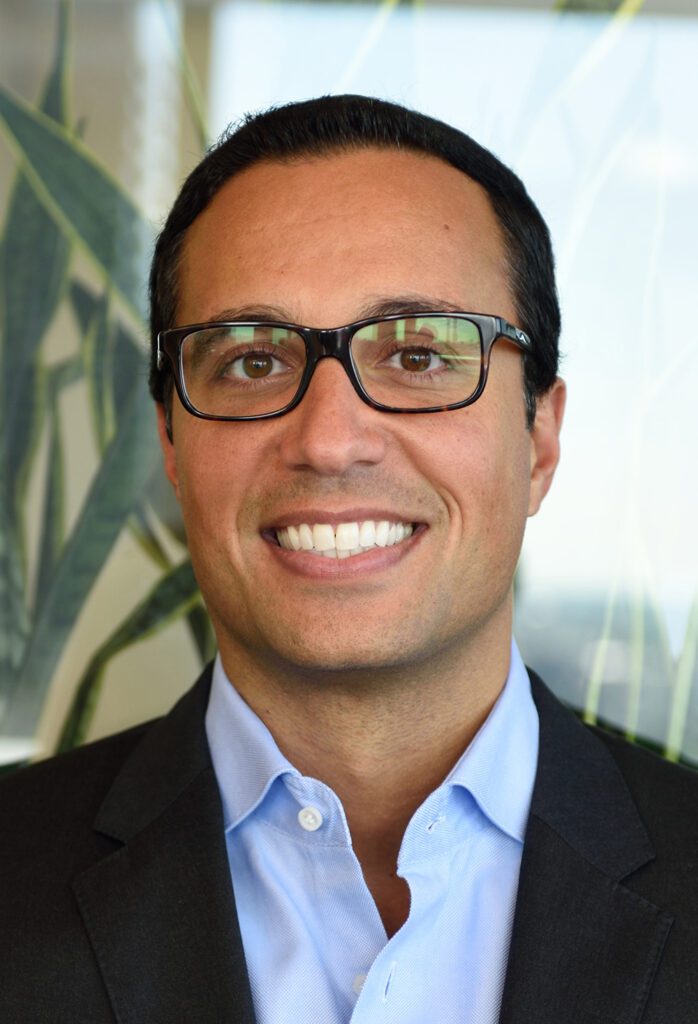 George Antonopoulos is a Managing Partner and Portfolio Manager at Hudson Bay, where he works on evaluating, structuring, trading, negotiating, and executing direct investments. The firm’s clients are the direct beneficiaries of his talent and success, and when he learned about The Hellenic Initiative’s Venture Impact awards, he realized encouraging others to ‘give back’ – is a great way for him to ‘give back’ too.

“Through the Venture Impact Awards (VIA), THI is helping Greece by allowing entrepreneurs and intelligent people with creative and positive ideas to expand their network and hopefully change the world for the better. I am honored and thrilled that this organization has allowed me the opportunity be a part of their effort to help those in need and to create opportunity and hope for Greece.”

George’s humble and simple roots help ground him and to appreciate the joy of helping others succeed, “My family is from a small, remote mountain village called Lada, on the outskirts of Kalamata, Greece. My ‘Yiayia’ and ‘Papouli’ still live in this village and my parents also have a home there. My grandparents were farmers and live a very humble and simple life. This is how they raised my parents, and in turn, how my parents raised us.”

His parents migrated to the United States for a better life. “It didn’t come easy but their work ethic and persistence in the pursuit of success came to fruition,” he said. And in addition to giving him the tools for success, he noted that, “my parents stressed the importance of work ethic, family, education, and honesty as their core values.”

His interest in finance and investments goes back to fifth, maybe fourth grade. “I began to help my dad with the financial statements of his businesses. Even at that young age, I realized very quickly that I enjoyed working with numbers.”

His mathematical mind was drawn to finance, but George adds that “my personal skill set also lends itself well to the industry as I consider myself to be analytical and inquisitive and I enjoy creating innovative solutions to complicated problems.”

There was fascination as well. The stock market grabbed him early. “I was actively researching stocks beginning in the 7th grade. In middle school, I entered a national stock picking contest where I placed Top 5” in his category.  Looking back, however he said he would have never made that investment. “It was mere luck, and my decision was not supported by data. Dumb luck.” With less modesty, he might have called it an early glimmer of intuition, but as he emphasized, “that dumb luck had a real impact on a 13-year-old. It made me feel a sense of success and a yearning to learn and get better.”

George’s energy, commitment to excellence, analytical ability, and what one can call luck or intuition opened the gate to Hudson Bay Capital. “It was a small hedge fund that had just launched three months prior to me joining in April of 2006. Initially, I was going to turn down the job for a different opportunity with a much larger, more established fund. However, after speaking with my dad and having further conversations with the hiring leaders who are now my partners, I realized that I had to give it a shot. The firm really exemplified what I thought was required for a firm to be successful, and my core values aligned directly with the firm’s.”

Investors and analytical minds in general may not be happy with the role luck plays in the world, but serendipity is more than a pretty word – it can be a powerful force in our lives.

“I learned about THI by chance. When the floods were happening in Greece and I saw all the suffering, I wanted to find an organization that I could donate to and be sure that the funds were going to the appropriate places in Greece, in a responsible manner, to make the most impact. After searching online and completing my due diligence, I landed on THI. It focuses on areas of need within Greece and the mandate is wide within the country, from helping with graffiti cleanup, supporting those in need to rebuild their lives after tragedy, or providing funding for entrepreneurs that have ideas which may change not only Greece but the world.”

He knows there is still a lot of work to do to build the New Greece, and George adds that, “issues aren’t solved overnight – but the path that THI is on will get us closer.”

George also knows that luck also means that even the most talented and hardworking people sometimes need a break, or a helping hand, which drew him to the Venture Impact Awards.

He became a strong supporter of VIA and has served as a judge, explaining his interest by saying, “I don’t watch much television, but Shark Tank is a show that I really enjoy watching because of the human stories and struggles that many of the entrepreneurs experience to have a shot at the American dream. That idea is very inspiring to me. As a sponsor of the VIA I feel as though we can work towards allowing creative innovators within Greece to have a venue where their hard work and innovations can be presented and evaluated.”

And George says, “it is great for the youth of Greece to feel as though the country and or initiatives like the Venture Impact Awards program will reward and recognize hard work and innovation. They need to know that their efforts won’t go unnoticed, with the ultimate goal being that someday people within Greece will feel like a ‘Greek dream’ is possible and within reach.”