THI’s new “Plant a Tree in Greece” campaign will be featured at the event. The program offers the opportunity to memorialize special life events while helping to reforest Greece and restore the livelihoods many lost in the wildfires of 2021.

Since its founding, THI has become the largest Greek diaspora organization in the world, with supporters in over 45 countries. The New York Gala, THI’s largest annual event, will host over 800 dignitaries and guests this year.

SILENT AUCTION: Both luxury and charitable auction items will be offered in a silent auction. Greek artists, food and wine purveyors, luxury destinations, and fashion and jewelry designers from around the world have come together to donate items. A bidding website will be available two weeks prior to the event.

ABOUT THI: Founded in 2012, THI is a global, nonprofit, secular institution mobilizing the Greek diaspora and philhellene community to support sustainable economic recovery and renewal for the Greek people. THI’s programs address crisis relief through strong nonprofit organizations and build entrepreneurial skills in a new generation of business leaders. In recent years, THI has made direct distribution of more than $20 million, 60% of which has been deployed into Greece’s economic development, and 40% into programs focused on crisis relief, and generated extensive additional funding with significant impact on the GNP of Greece. 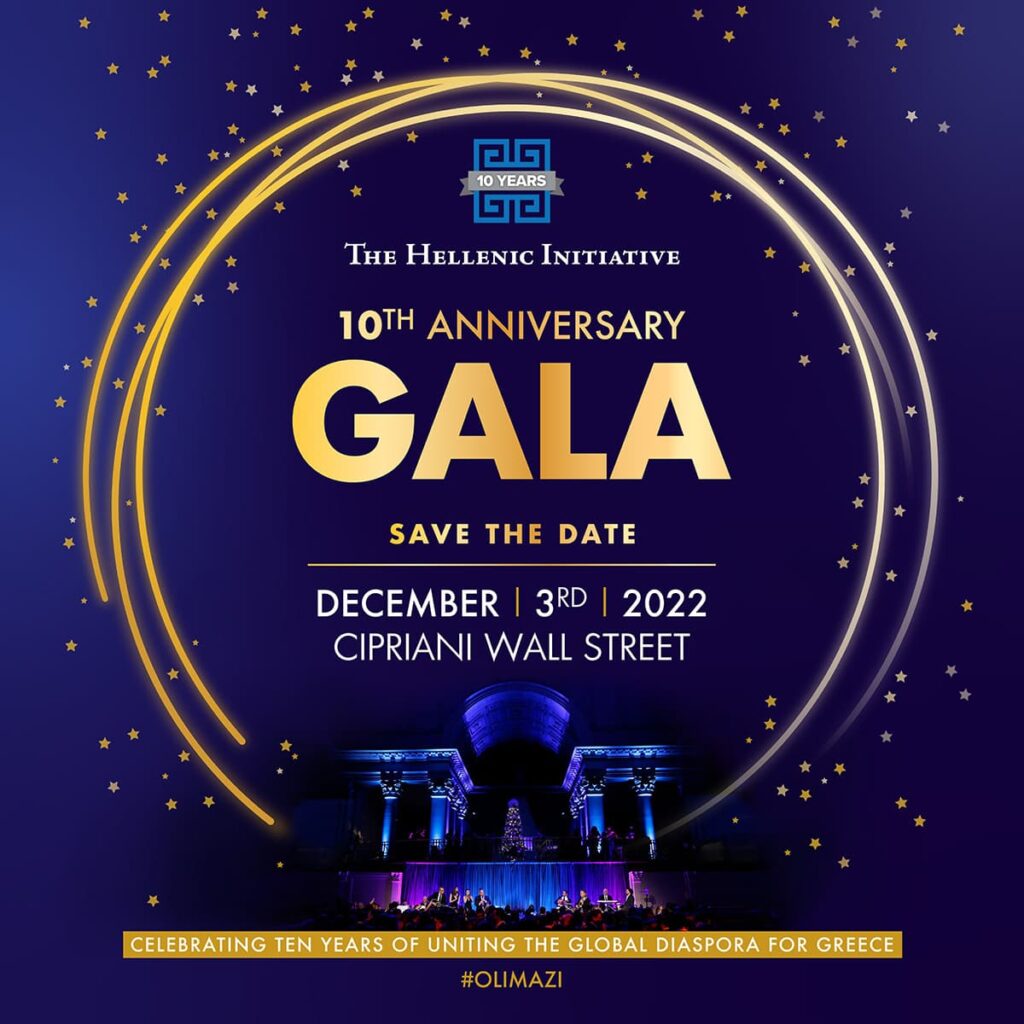