Scientific discoveries impact our daily lives in ways that are not always well understood, even if, during the pandemic, all of us pretended to be scientists at times. The knowledge produced by scientists’ research, however, belongs to all citizens.

As long as it is not oversimplified. As long as it is channeled responsibly and methodically. Informing us on issues that concern us directly, such as health and the climate crisis or artificial intelligence. Training us in the scientific way of thinking based on observable results. Resisting our brain’s “habit” of having formed positions and beliefs before we have seen and analyzed data.

The non-profit organization SciCo aims, among other things, to inform the public on issues of science and technology. To familiarize them with scientific thinking and scientific methodology, spread STEM education and introduce students to relevant professions. In other words, it acts as a guide, for those interested, to a world that may be made by a few but is accessible to all.

The SciCo team, which was recently named a recipient of the THI’s Venture Impact Awards, serves as a guide to scientific knowledge, with its people explaining what we struggle to comprehend. This is also, incidentally, exactly what the co-founder and general manager of the organization, Theodore Anagnostopoulos, did for us in this interview. 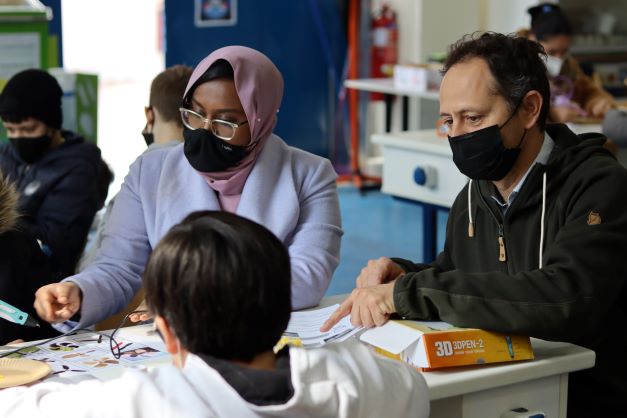 What exactly does SciCo do and which technological and scientific fields does it focus on?

SciCo (Science Communication) is a non-profit educational organization, dedicated to the understanding of science. We focus on technology, health, environment, etc., and we focus on digital skills development and STEM education.

To what extent are Greeks interested in science and technology issues and which sectors have the highest “demand”?

According to the Eurobarometer, a comprehensive survey on public perception in the European Union, the interest of Greeks in science and technology issues coincides with the average of the total survey population. In other words, neither more nor less than the average European. The sectors of greatest interest to Europeans are climate change, all kinds of scientific breakthroughs in the field of health, and all kinds of technological innovation.

What is the benefit to an ordinary citizen of becoming familiar with scientific thinking?

Scientific thinking means, among other things, observing, recording, analyzing, synthesizing, evaluating and working in teams. A citizen who works in this way knows how to find reliable data, can adopt a much more substantiated viewpoint by studying the data, can deconstruct and then solve problems, and, most importantly, he/she can “listen”. The hardest thing in life is actually listening. Because the human brain, most of the time, has already formed attitudes and beliefs before it even considers any data. And, hence, it has a really hard time interpreting an objective observation without incorporating its subjective bias into it.

How useful, but also how dangerous, can the popularization of science be?

Public understanding of scientific issues is essential in our time, an age when climate change, pandemics and our health in general, artificial intelligence and the future possibilities of technology play a major role in our lives. Therefore, its transmission must be carried out either by specialized science communicators or by specially trained scientists.

Even more important is the regular training of young people in scientific thinking. Over-simplification of scientific issues does indeed pose a risk of creating false conclusions and decisions.

One of the major problems, particularly during the pandemic period, was the selective use of specific scientific data by journalists in article headlines, with the sole aim of sensationalism and dissemination. This kind of misinformation is criminal and should be prosecuted, as its effects can be disastrous.

In SciCo’s almost 15 years of operation, have you seen a change in the way the public trusts science and technology? In your opinion, has the coronavirus played a role?

There are several studies showing that, since 2010, public trust in science and scientists has increased. Indeed, coronavirus has played an important role. According to a Wellcome Trust study published in November 2021, coronavirus has contributed to a rise in trust from 34% to 43%, an increase of 9 percentage points. This figure, of course, shows us how slowly public confidence in such matters is being built.

Our work in this field has made a significant contribution, as we have designed and implemented more than 200 initiatives, with an estimated impact on 300,000 people. However, in the field of education, it is quite difficult to have very concrete measurements. 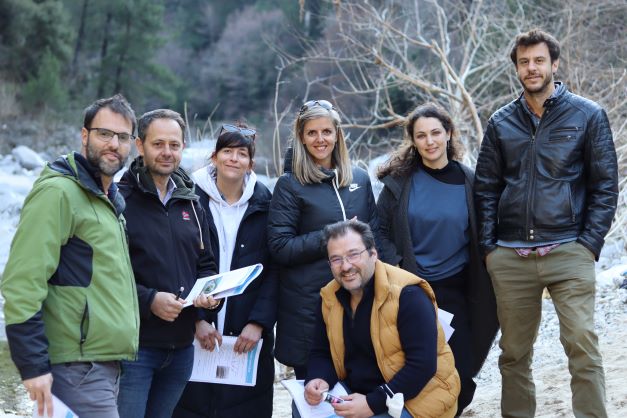 What is the profile of the people who mainly attend your seminars, workshops and festivals?

There is, on our side, a special interest in young people. So, most of our activities and educational programmes are aimed at teenagers. The festivals are aimed at the general public of all ages. Finally, workshops are aimed at a specialized audience, depending on the occasion. From undergraduate or postgraduate students to journalists, business executives, and so on.

Why do you consider the dissemination of STEM education and introducing students to relevant professions important?

STEM (Science Technology Engineering Mathematics) education is an experiential way of understanding science. The interdisciplinary approach of STEM education promotes empowerment in problem solving, the development of creative thinking, collaboration and the connection of science topics to our daily lives. In other words, the old model of rote learning is abandoned, while error is seen as a logical and expected part of the learning process.

Our organization has created and implemented dozens of STEM projects such as (a) Generation Next Greece and Albania, a student and teacher empowerment program, which started in border regions and is now being implemented nationwide to develop skills, through which more than 500 student technology patents have been created, (b) STEM Stars, a nationwide competition, the winners of which represent Greece at the International Science and Engineering Fair in the USA; (c) EcosySTEM, our first project connecting Pomak students from mountain villages with students from the city of Xanthi through science, in collaboration with National Geographic, The Hellenic Initiative, and others.

In total, from 2008 to date, SciCo, through its STEM programs, has educated more than 100,000 students, teachers, and other stakeholders from the general public, and has conducted activities in more than 200 schools across the country.

The organization’s services include the Citizen Science programs. How exactly do they work, what are the most important ones you have implemented so far and what is their social impact?

Citizen Science projects are projects in which citizens, regardless of age or knowledge background, are actively involved in science by collecting, analyzing, and/or processing data. In this way, citizens not only help draw scientific conclusions, but also become familiar with the scientific method itself.

One of the Citizen Science projects that we have been running as an institution is “Citizen Science for Cyclades Paths”, in which citizens, by downloading a mobile app, map paths and points of interest in various islands of the Cyclades. Through the app, they can send data and photos, which in turn help to observe the biodiversity of a specific geographical location and time.

Similarly, “paratiro.gr” is a platform where citizens can record images of injured or dead animals and help scientists monitor the threats and causes of mortality faced by wildlife due to human activities. 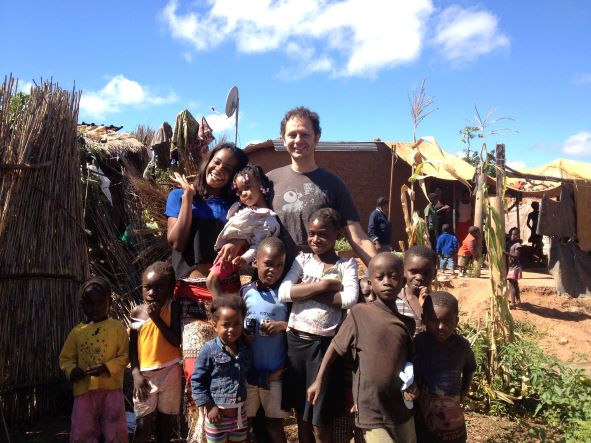 At the end of the day, who owns science?

The knowledge generated by scientific research belongs to all citizens. This knowledge is a right, but also an obligation of active citizenship.

Two issues arise from the “free” access of science to citizens:

(b) To what extent should citizens be involved in the strategic planning of topics for scientific research. In a Eurobarometer survey, the citizens of the EU asked for clear involvement in the planning of research to ensure that the needs, values and expectations of society are met.

My personal position is that there should be a certain percentage of citizen representation both in the strategic planning for research and its implementation. This is already being done and an increasing number of research activities are being carried out in cooperation with appropriate civil society groups. According to the scientific journal “Nature”, an increasing number of research activities at an international level are now beginning to adopt this approach. For example, scientists are working with farmers or patients to develop applications that more closely meet their needs.

Why was it important for SciCo to receive a Venture Impact Award from The Hellenic Initiative?

The Hellenic Initiative is a very credible international actor, with a particular interest in social impact. We are therefore very honored to receive this award, while the funding will help us complete a very special project in the mountain villages of Xanthi, with the population of Pomaks. We have already started this project, in cooperation with National Geographic and the Green Fund.

Venture Impact Makers: a series of interviews by αθηΝΕΑ with the winners of this year’s Venture Impact Award (VIA) of The Hellenic Initiative. The VIA aims to support Greece’s brightest and most talented teams, helping them create ventures that are scalable, sustainable and able to demonstrate not just a quick return on the investment but also a broader impact on the society at large. VIA was founded with the initial support of The Helidoni Foundation and the Estate of Charles C. Condes.