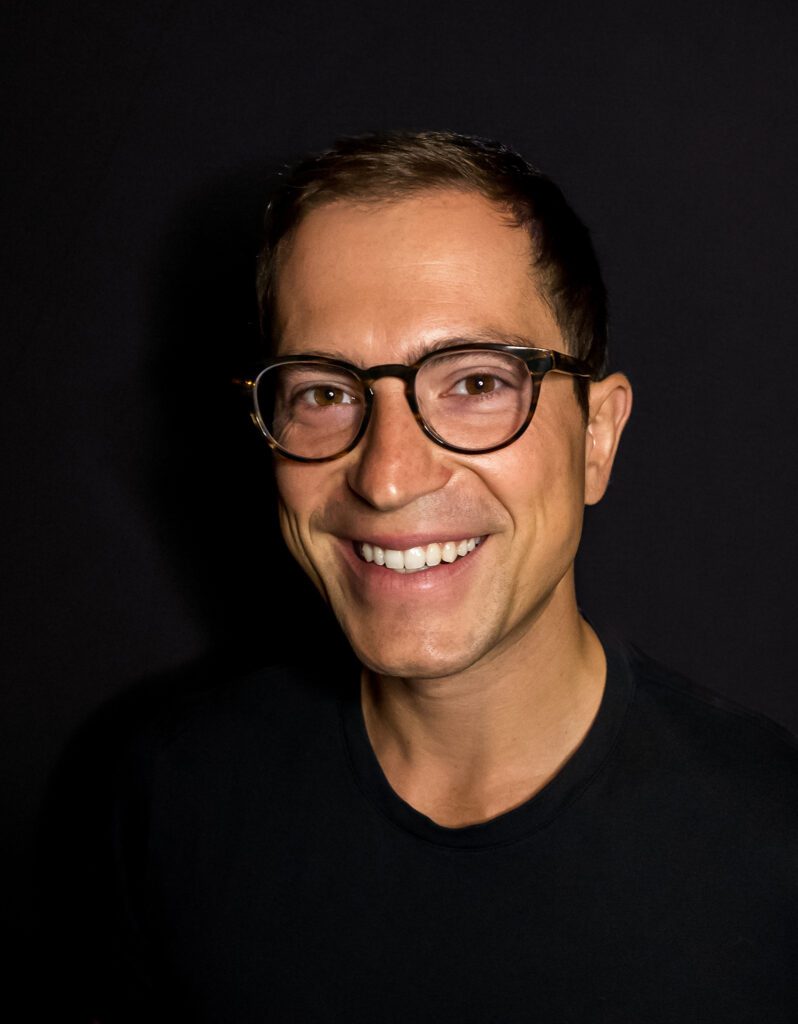 ‘Multidimensional’ is as a good word as any to describe The Hellenic Initiative and how it enables the Hellenic Diaspora to connect with and help Greece. According to Kosti Vasilakakis, The Hellenic Initiative’s Connect the Dots virtual mentoring program “is a good example for New Leaders to see that they can actually create their own ‘initiatives’” within The Hellenic Initiative. “THI is a fantastic platform for people with ideas to bring those into reality and make a lasting impact” he said.

Kosti knows because he and Christina Moniodis did it with Connect the Dots – which is rapidly connecting young entrepreneurs not just with people who can help them grow their businesses but with Greeks all over the world – and what is also remarkable is that they themselves met through the endeavor they each dreamed up independently.

When  Christina was talking to THI about creating a mentoring program for Greek startups, Kosti was pitching a similar mentorship program, and at one point Artemis Kohas, THI’s Director of Community Development, excitedly said to them, “I think you two should chat and coordinate here because I think you are on the same reel.

They did get in touch and soon, Kosti said, “we came up with some fundamentals based on the idea that we have a lot of smart and successful people in the U.S. across different industries who can be great mentors for startups in Greece.”

The idea is that in addition to funding specific endeavors and organizations that are contributing back to Greeks in Greece, to donating their time to organizing and running different kinds of events, THI can give its friends and members opportunities to donate their time, energy, and ideas from the United States directly to commercial and social entrepreneurs in Greece through virtual mentoring.

“So we said, ‘how about we create a very easy platform to bring those two groups together, for people to give even an hour of their time from the U.S. – which can make a significant impact on a startup in Greece.”

Kosti said THI’s leadership team liked the idea immediately and that “THI has been very helpful in getting this going, not only getting the funding, but getting it organized, identifying the startups and mentees, and everything else that needed to happen.”

Connect the Dots has also received funding from the U.S. Embassy in Athens after winning the enthusiasm and support of Ambassador Geoffrey Pyatt.

One of the keys to the program’s early success – Christina emphasizes that it is still a pilot program – is its flexibility. Kosti explained that, “we’ll give some guidelines as to how many sessions they should be doing, and other topics, but we will let it be as they want it to be because everybody has different needs. There are different industries, areas of expertise, levels of time commitment.”

Another key element is the belief that by applying filtering methods, it is possible to create ideal matches.

Curiously, the challenges of the past two years stimulated the process. Kosti said, “especially given that we found ourselves in a virtual world during the pandemic, we tried to find the most optimal and efficient way for bringing together mentors and mentees, and for the THI leadership and ourselves to make the biggest impact we can.”

Christina noted that both she and Kosti had experiences that helped shape the project, including both being mentors. 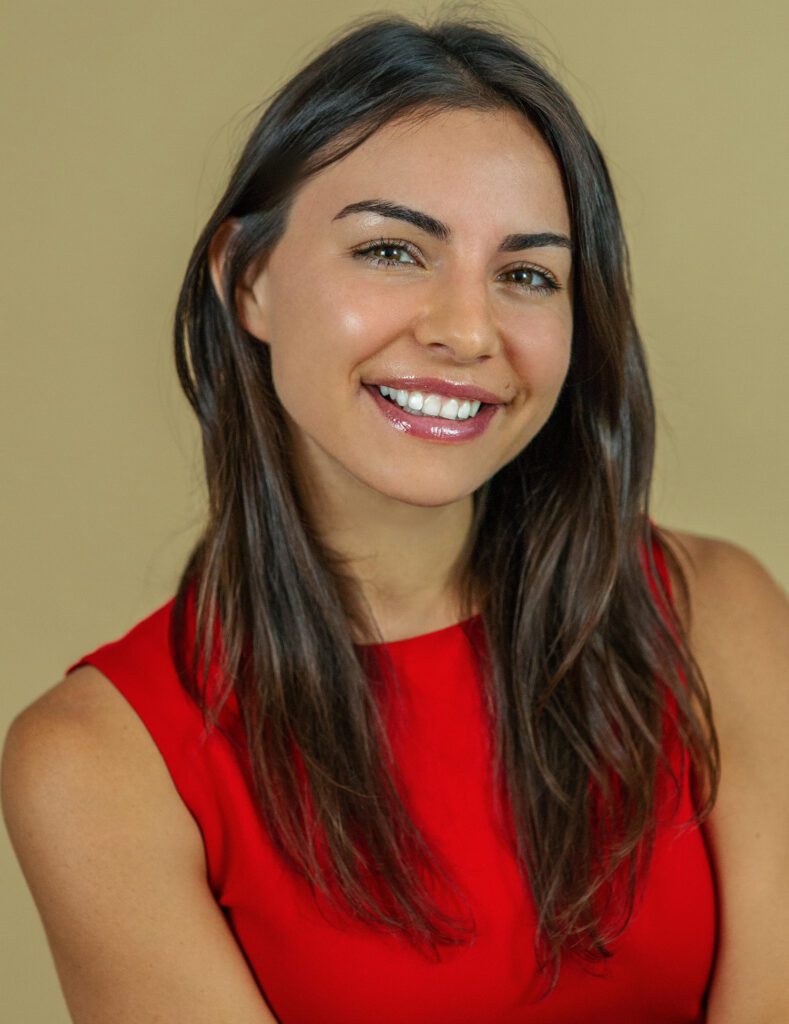 Christina was inspired partly by an ‘accelerator’ with Columbia University she had participated in that featured elite mentors as part of its network and which was featured in the Wall Street Journal. She thought to herself: “I would love for the Greek community to have its own well-known institution similarly boosting its members.”

Christina, born and raised in Michigan, is a Yale Law School graduate. After being an M&A attorney, she was global Chief of Staff of The Huffington Post in New York, and later served as head of strategy of the news division at Verizon. She then moved to Greece and worked for VentureFriends, one of the country’s largest VC funds. “One of the reasons I moved to Greece and worked for a VC fund,” she said, “is I wanted to start connecting with the talent there, and my experience working for a fund there is why I wanted to be part of Connect the Dots.”

Kosti was born in Thessaloniki and studied Management Science, i.e. algorithm development, in Athens. He then moved to the U.S. for his Master’s in Business at Duke University, and currently lives in New York. His work has been in the world of AI and Machine Learning (ML); he used to be the lead of the Google/Deloitte partnership on ML, and he currently leads the growth strategy for Amazon’s ML service globally.

Christina, now back in the United States, is working on a startup. “I’m early stage, hoping to make an impact in data privacy,” a field in which she is published and influential.

Both have background and experience which make them agree that the post-pandemic reality may reverse Greece’s brain drain and even create brain gain with non-Greeks. “It’s a great opportunity for Greece to become a major hub,” she said, “because people can work anywhere – similar to how Miami has become a tech hub as of late, I would say Greece has what it takes for Europe: high talent, good weather, and in a way it’s very entrepreneurial. Greeks have the instinct for creating something new – it’s in us and something we can further nurture.” She added that with unemployment remaining stubbornly high, young people are saying “if the economy is not providing me with a serious path, I will create it myself.”

While many young people are now thinking that way, they don’t all have the resources to navigate those paths – and that is where Connect the Dots comes in.

“At first we hand-picked the pairs, but we now have a platform that will enable a lot more mentors and mentees to find each other without us being the intermediaries. At this time there are about 20 relationships, 40 people and the number keeps growing,” Kosti said. He emphasizes that ‘finding a fit’ is “not only about the industry or expertise – it’s really about the chemistry. After closing sessions we noticed that there were different levels of connections that were built during that process.”

And they were thrilled, he said, to see that “the overall result was that a tremendous sense of community was created. Everybody felt a lot more connected after going through the process; barriers were broken and you felt like you were part of something together.”

Christina believes the program will have a lasting impact. “With Connect the Dots,” she said, “THI is no longer about having events in Greece and events in the States – we are actually bringing the members on both sides together.”