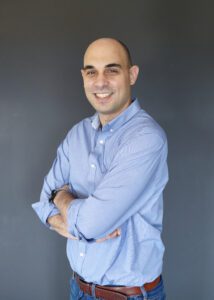 The Hellenic Initiative takes pride in its track record of spotting and helping promising companies in Greece, and nothing makes the THI family happier than watching the business world – inside and outside the country – validate that faith through investments and partnerships. One of those success stories is Natech, a Ioannina-based company that specializes in the production of banking software.

President and CEO Thanasis Navrozoglou tells the next chapter of the story that began when the company made a presentation at THI’s Venture Fair and continued with participation in the project “Connect the Dots”, both activities that put them in contact with mentors and investors.

“We are building a new bank. A new digital bank with a new banking license starting from Greece focusing on Europe. It will be digital only – there will be no physical branches,” Thanasis told THI.

A partnership established between Natech and Piraeus Bank, one of Greece’s major systemic banks, will create the new entity – the name remains to be announced – combining leading technological and banking expertise. “We will provide Banking-as-a-Service, Buy-Now-Pay-Later, and other consumer financial products in an agile way and in a purely digital manner” he said. “Offering banking as a service, including back office services for financial companies, including fintechs, and services to non-financial companies, is actually only being done by a couple of other institutions in Europe. Our goal is the European market,” Thanasis noted. 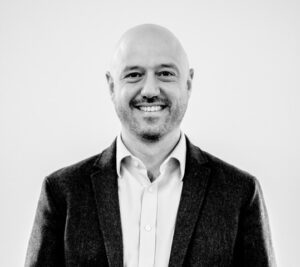 It’s a new world that in time will grow on other generations – but the very young are ready to knock on its digital doors. “It will have customers and clients who are young people or who are experienced with technology – people who are web banking friendly, mobile banking friendly,” said Thanasis.

“He helped us very much to restructure our company and focus on growth,” said Thanasis. Nondas added, “we met in the context of my interest to support entrepreneurs in Greece, and help them grow their businesses by sharing my experience.“

Thanasis noted that as part of the Piraeus Bank network, “this is going to be a digital bank with a significant number of customers from day one. It’s going to be the first digital bank in Greece, and while there are e-money institutions in Europe, there are not many digital banks there. There are initiatives in the UK, some of them in Germany, but not many across all of Europe.”

In a sense, they are building an ecosystem, “and other banks and fintechs can build on top of our solution. We will be joining forces with all of them. The main achievement is that we have the tech platform and we are building on top of that” he said.

The endeavor is not just cutting edge technologically – Natech is making financial history by paying attention to what is going on in the world.

“Those who feel they cannot get what they want from existing brick and mortar banks, people who are quite busy and want to operate 24/7 and who don’t have the time to go to branches and file a lot of documents to open an account there or are not happy with the way they get treated by their institutions,” are the people they invite and welcome. “They are people doing transactions across several countries,” he continued, “who want to transfer money from one account to another, or make their everyday financial transactions in a natural and frictionless manner. Another factor is that they want to have the money on the spot, so they can use a mobile phone for sending. That is so much more convenient.”

And the bank will be secure because Natech is in the lead in that dimension too.

They are also focused on digital only customer service that will be superior: self-servicing digital experience where human interaction will not be necessary. “We are taking steps to minimize human intervention. That is the main driver for what we are building.”

For the advice and moral support along the way, Thanasis can’t thank THI and Nondas enough – but the latter also appreciates the experience. “In the beginning I helped them through the framework of “Connect the Dots”, and after about eight months, as we both saw value and enjoyed our collaboration, we decided to formalize it,” Nondas said. He is now a member of Natech’s Advisory Board.

“I began working with them pro bono, Nondas said, “and I was very happy to help them grow –  we worked well together. I have been very bullish about their trajectory from the beginning, and saw in them characteristics that help such companies grow and flourish”

Those include ambition, the desire to grow, and humility – tough elements to balance. Young corporate leaders must be aware that they have much to learn and need to seek advice from the best sources. “And they have to have a real vision for the company, a strong sense of where they want to go in the coming years,” Nondas added.

Regarding his pro bono work, Nondas said, “I want to contribute. People have helped me in the past, and I want to pay it forward. And because I like to interact with people and learn from them and their experiences, I too learn from this process.” People like that have front row seats at the cutting edge.

Nondas emphasized that these activities are also good for Greece as a whole, “because it helps people who only know Greece’s business reality to develop a picture of what is going on outside, the market trends, innovations in management practices, etc. And to learn how they can expand into international markets.”

And Nondas’ philanthropic fervence has proved contagious. Thanasi said, “the three mentoring people I worked with have helped me in all areas. They gave me powerful perspectives on how to move forward. And now I want to give back – I believe we should always give back when we receive.”