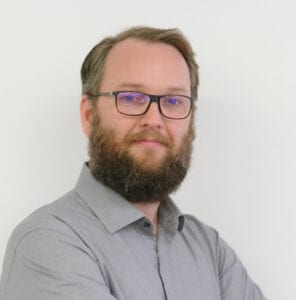 Friends of The Hellenic Initiative have been hearing about the success of VentureGarden for several years. According to its website, it is “a comprehensive educational and training program for entrepreneurs that want to develop their skills, gain access to a continuously growing entrepreneurial network and receive hands-on training.”

By 2020, after seven years in 14 cities with 1243 participants, 1118 entrepreneurship training hours and 2376 mentoring hours that generated 662 business ideas, VentureGarden has helped Greece build an entrepreneurial ecosystem that creates jobs and boosts economic growth.

Alexis Komselis is Director of the Alba Hub for Entrepreneurship and Development, which is the entrepreneurship center at the ALBA Graduate Business School of the American College of Greece, which is located in the Athens area.

He explains that VentureGarden is a joint venture between the Alba in Athens and the American College of Thessaloniki (ACT). “There are two teams working towards implementing VentureGarden in both cities. In Thessaloniki our partners are George Kokkas and Anna Baitasi and at Alba we have Sofia Foukaraki and myself.”

After Alexis returned to Greece following his post-graduate studies in Aberdeen, Scotland, he entered into a contract with ALBA working on an entrepreneurship competition and academic research funded by the UK government.

He has also done consulting work in the private sector focusing on matters of family business and entrepreneurship. “Working for several family businesses ignited my interest in this area.”

His brother lives in Munich working as a real estate consultant. Both have thrived in a field, consulting, that outsiders tend to believe is easy to succeed in – but that is not the case. The brother had the best guide.

“Our father,” whose roots are in Aivali in Asia Minor – their mother is from the island of Lemnos – “is and has always been someone who believes in empowering, supporting, and mentoring others. He worked most of his life at large multinational corporations, but his role as an individual there and as a consultant, has been to support and empower teams.”

Alexis believes his path was influenced by “our father’s perspective and numerous discussions we had with him … He emphasized that the point is to help other people achieve their goals.”

What he learned from his father describes to a great degree the value of VentureGarden for Greece and what THI is trying to do there.

“We have incorporated into VentureGarden all the elements of helping people to help themselves and to understand intuitively what they need to do. It is my approach” he said, “to help people with their ideas,” but he has learned that “we all need to understand both limitations and opportunities on our own. It’s easy for someone to point them out, but it’s better for a person to understand for herself how easy or difficult it is to pursue a specific dream … we help people understand what they can achieve.”

Indeed, it is not easy to create an organization to help young entrepreneurs, but Alexis believes VentureGarden succeeds because they take a step by step approach. “We focus on people that have not had exposure to the mechanics of entrepreneurship, so that the program is educational. And experience in consultancy works very well with education and training programs because you know what tools and skills to give to people so they learn how to produce certain outcomes and reports they need to supply” that are valuable in the corporate world.

“We work a lot on training and growing capabilities that are related to entrepreneurial strategy and decision making, he said. “We don’t focus on the short term, although those skills are also very useful when an idea gets up and running, when you need a regeneration or an incubation program.”

VentureGarden is valuable in a country like Greece that has a limited entrepreneurial atmosphere – or one that had shrunk over time – and to provide such a service the staff must have patience and compassion for the participants. And that spirit is passed on: “We preach that entrepreneurs must have empathy for their clients. We need to understand, with each of these people, what they want to do, why they are doing it, what the trigger was behind their decision. It is not always a positive trigger. It might have been a negative experience, and you need to empathize this to be successful in supporting them.”

Alexis learned about THI in 2014. “Our partners at Anatolia College in Thessaloniki called us and said that there was an opportunity to co-create a program with a donation from THI.” On their Website, VentureGarden says, “we are grateful to our fellow Hellenes from abroad, and their Philhellene friends and neighbors for making this investment for the future of Greece.”

THI has committed to funding the program for five years in a row.

While he is not an expert on the subject, given his time in the UK, Alexis shares his thoughts about Brexit: “From a political perspective, it’s good, if someone does not want to be part of something any more, that he be able to leave in a way that does not burn bridges – nevertheless, it is a sad point in European history. On the other hand, Brexit can have several benefits for smaller economies like Greece’s, because we could be a destination for relocation. I’m not sure if banks and related firms will be moving to Greece – there are other financial and decision making hubs they might want to go to in Europe – but small, more flexible teams can find value in a place with competitive salaries that is also a nice place to live, which also will boost the surrounding entrepreneurial activities.”

He also agrees that COVID has created a situation where individuals and companies are now more used to working remotely and there is a chance for Greece to recover much of its brain drain. “And not only gaining our brains back, but we can also gain some other brains. We have already head about digital nomads, but I think we will start to see many people moving with their families to Greece given the quality of the international education and health services here.