LADOLEA – Health, Beauty and a Passion for The Land and Its People 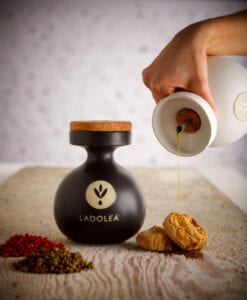 Health, flavor, and beauty are the elements of LADOLEA’s appeal.

The biographies of interesting people are often sprinkled with sheer luck and events shaped by timing, like the spices that make all the difference in the creation of a fine meal. Brothers Panos and Thanos Kloutsiniotis had ambitious plans in their chosen fields after studying chemical engineering and finance respectively in Athens – then the Greek economic crisis hit.

Rather than attempting to set new courses in uncharted and stormy seas, Panos, the elder, said “why don’t we spend some time in our village for a while.” It happened that they arrived during the olive harvest in the Corinthia region of Greece, not far from Athens, and one of their uncles invited them with a touch of sarcasm to participate, saying, “don’t be couch potatoes, guys. Come see how your grandparents lived and worked.”

The brothers looked forward to the experience, and were soon waking up 5 AM every day to observe the harvesting and processing of the products of the sacred olive groves, which they found fascinating – and a wonderful challenge.

Panos, then 24 years old – Thanos was two years younger – gathered a team of chemists and olive producers that looked to improve production techniques in their own and neighbors’ lands and over time he decided he wanted to do something special: they established Melissi&Co and began to produce the award-winning LADOLEA organic extra virgin olive oil, designated by scientists at the National Capodistrian University as one of the most anti-oxidant olive oils in the world.

The young men are passionate, but they are also professionals, so the beginning entailed learning as much as possible about olive growing and olive oil production.

Thanos’ early contribution was his vision of a special way to present their special products. “We were not going to just pour the oil into green bottles,” he explained, so to stimulate his imagination he researched what the ancient Greeks did with their olive oil, how they stored it and used it.

In the museum of Ancient Corinth, they discovered the ‘aryballos’ – a little ceramic vessel that was used for olive oil and perfumes. “They contained the oil that was used to anoint wrestlers at the Olympic games and other competitions,” said Thanos.

“After visiting pottery workshops, we redesigned this vessel, giving it a modern touch, and proceeded to fill them with our products.”

The aryballos that holds – that is the perfect word – the precious oil is practical, being reusable, but it is also an object of beauty and love, inviting one to hold it in both hands, to rest the fingers on the elegant neck before reverently pouring out the contents that will become part of a singular meal.

Indeed, they not only started a company, they transformed their lives after being born and raised and living in Athens, a city that contains almost half the population of Greece. “We learned everything from scratch, and our parents were very supportive.” Both their parents’ roots are in Corinthia – the villages of Trikala and Melissi, which inspired the name of their company.

“It is a totally different life in the village, passing the day in the fields, surrounded by nature, immersing ourselves in the processes” – but beyond the romance of reconnecting with the Earth and their ancestors, the brothers dedicated themselves to creating something that was their own and doing something extraordinary in an ancient industry.

Thanos lagged a bit in the early enthusiasm, being more wedded to his original plan to pursue graduate studies and a career in Europe right after graduation. “I saw a more corporate life for myself – but ultimately Panos persuaded me.” And he found the endeavor personally satisfying.

“I was fascinated by all the elements – developing the flavor, the chemical analyses that helped us grow olives and produce oil of the highest quality – but it was also important to find a special way to present our oil – something unique that was our personal statement.” The looked carefully at the form and coloring of the vessels as well as for the craftspersons they would work with.

What was also important was “partnering up with hard-working farmers who not only share the company’s passion for olive oil, but have a deep respect to the environment ensures top quality processes and sustainable farming methods,” according to ladolea.gr. It also gives their products, which include organic sweet vinegar, great appeal abroad.

Ninety per cent of their production is for export – in Europe they sell in Germany, Belgium, Denmark, Sweden, and numerous other countries. Thanos noted, “we had had successes at exhibitions in Paris and China – we also export to Singapore and all over Asia.”

In Greece they have about 14 distributors and work with a number of restaurants and hotels. “They place the little pots on tables and offer them as welcoming gifts and business gifts – we can engrave and customize them,” Thanos said.

The first Coronavirus lockdown hit them hard, as it did many others. “Transportation was difficult and we could not export for two months, said Thanos, “but with the second lockdown things are much better. We are more organized and we are adapting to the online market. Like everyone else we are waiting to see what will happen. Retail will still be important – sales of our products cannot only be online.”

They are dependent on the recovery of the Greek economy, which is problematic in the near future because of its heavy reliance on tourism – but their export gains this year makes Thanos optimistic.

After learning about THI from Alba Graduate Business School of The American College of Greece, the brothers were provided with funds that helped them to participate in their first international exhibition, in 2016 in Paris. “Participation is very expensive, so the support was very important for us. That event brought us clients and made it easier to go to other exhibitions. It is also very important to know that there are Hellenes abroad who believe in us want to help us any way they can.”

The United States is an important next target. They are preparing to participate in the big exhibitions, in New York, and at the famed Fancy Food Show of The Specialty Food Association. Those activities have been impacted by COVID-19, but the brothers will find a way, and they would love to make their products a part of the everyday life of Greek-Americans. 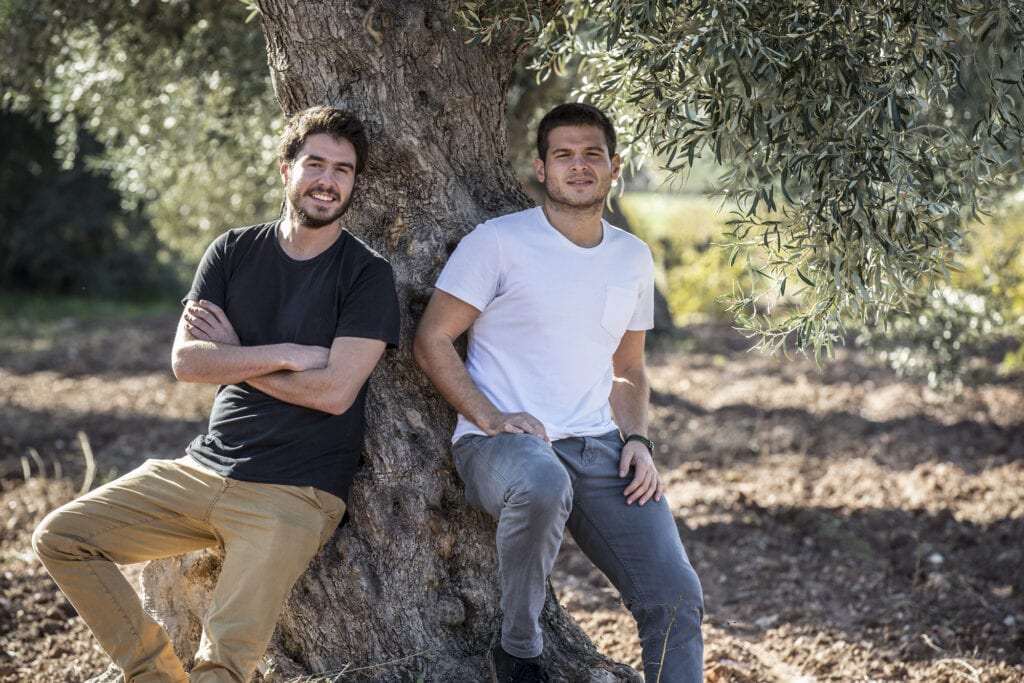 LADOLEA – Panos and Thanos Kloutsiniotis in the olive groves that are dear to them. 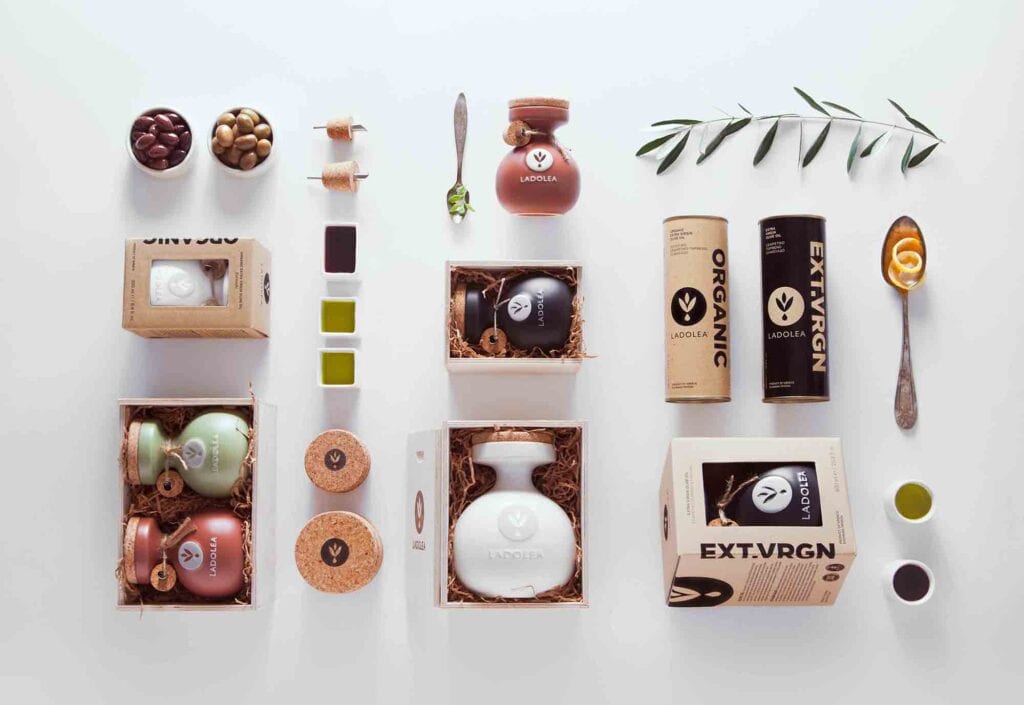 Health, flavor, and beauty are the elements of LADOLEA’s appeal.