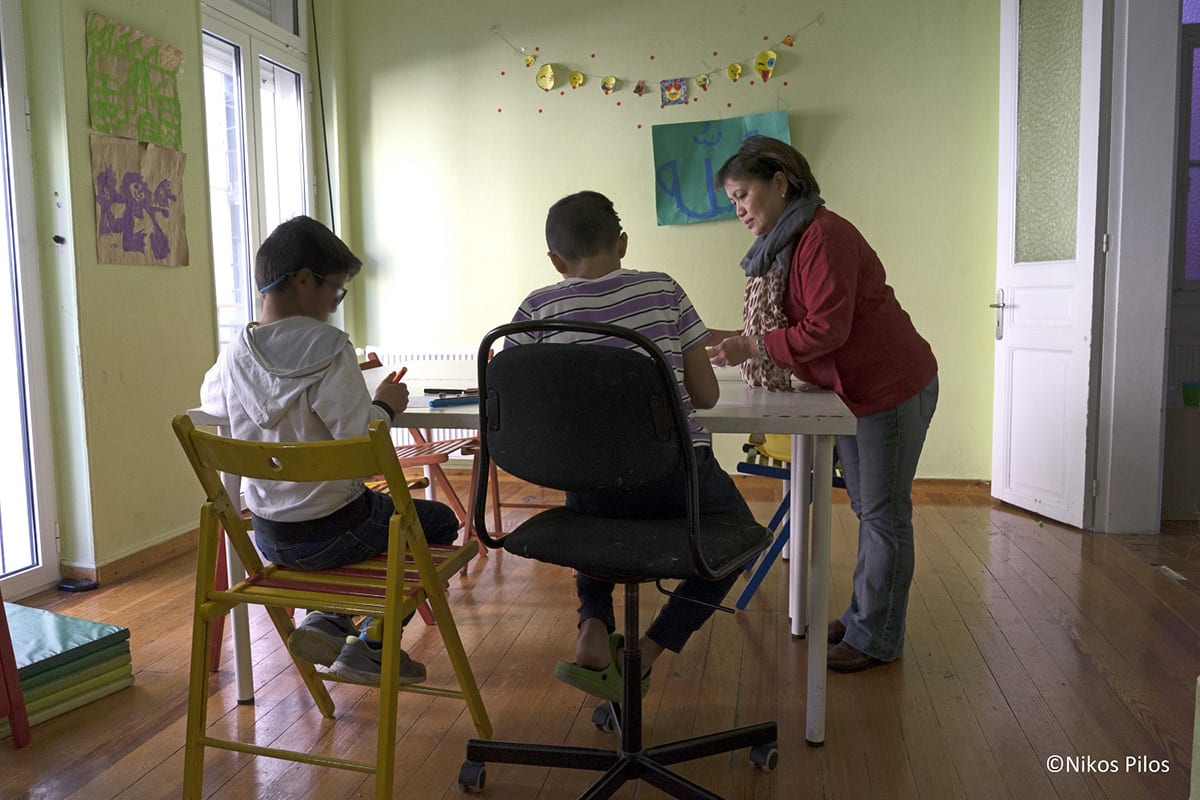 Sofia Kouvelaki is the Executive Director of The Home Project. Together with her team on the ground, Sofia runs this nonprofit focusing on unaccompanied minors crossing Greece as they flee their countries. The Home Project has offered much-needed aid to hundreds of children with the valuable support of donors like the Libra Group, which is the anchor donor, and The Hellenic Initiative, which funds one full time and one part-time position working on the mental health issues faced by such marginalized communities.

The Home Project’s work is in the spotlight again after the tragic fires at the Moria camp on Lesbos.

“Thankfully,” she said, “all unaccompanied minors have finally been moved from Lesvos to the mainland; however, it is still very concerning that it took so long for this to happen. In Greece, there are currently more than 4,417 unaccompanied minors, of which 2,600 are outside of a system of protection and with no access to their rights, exposed to all sorts of threats from child abuse to organ trafficking and sexual exploitation. We have been calling for a more strategic and coherent plan to deal with this crisis at the European level so as to ensure a more effective response.”

Sofia emphasizes that “the protection of these children is a matter of social development. They are escaping war and violence in their home countries, so it is vital that they do not continue to experience these problems here while seeking safety and protection.”

She also says people can help more directly, beginning by keeping informed on current events regarding these children, spreading the word, or even getting directly involved in supporting organizations on the ground in Greece. “Despite what one may believe, actively doing your part to help can make a significant difference.”

Asked about why the Home Project decided to focus on the plight of those children, Sofia explained that “the HOME Project was founded in response to the call made by President Barack Obama to the private sector to help in addressing the refugee crisis in 2016. The Libra Group enabled the opening of the first shelters and then the IKEA Foundation and the Shapiro Foundation supported us to scale up our operations, reaching 11 shelters. Equally important are several private donors and foundations. It is worth mentioning the support provided by THI, which contributed to the operation of the mental health pillar in our child protection model. Moreover, due to the latest developments other donors covered the emergency budget needed to cope with the challenges of COVID-19 pandemic.”

People becoming better informed about the reality of these children is critical. “The problem is that if we don’t ‘see’ these children and don’t recognize them for who they are, that is, as the most vulnerable among the migrant and refugee flows into the EU. These children are the victims of a cycle of violence. They start off fleeing from violence, but they often experience it again when they reach European borders. This cycle must be stopped, and integration and healing are key; otherwise, they will experience immense emotional repercussions come adulthood. With these children likely to participate in the future of Europe, this can prove to be much more damaging to society than actually integrating the children now.”

Several initiatives of the Home Project are making an impact. “We are most proud of our partnerships with two private educational institutions: the American Community Schools of Athens (ACS) and Athens College. 43 children have received full time scholarships at ACS Athens with the support of Shapiro Foundation. Over 210 children have participated in the innovative, educational Youth to Youth Program in collaboration with ACS Athens and supported by IKEA Foundation. More than 70 children participated in the innovative program School Project in collaboration with Athens College. During the lockdown, we have adjusted to the online education and the children have attended online classes set up by ACS.” 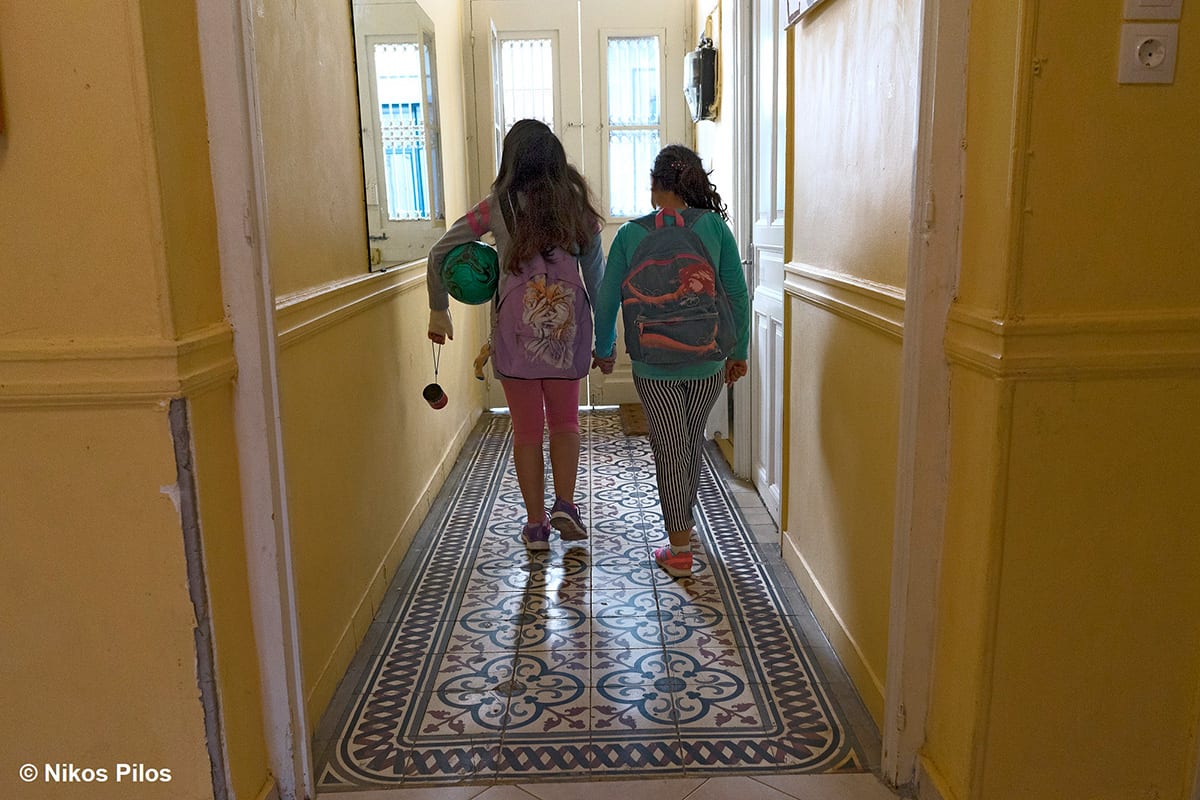 One of the most remarkable aspects of the programs is the enthusiasm of Greek youth. “During these programs every Saturday,” Sofia said, “children of The HOME Project ‘buddy up’ with students from these schools and are taught Greek, English, art, math, music, and sports. This initiative aims to create a space of interaction where Greek youth have the opportunity to socialize with the refugee children as a way to fight xenophobia and break stereotypes, as well as to bring the two communities closer.”

She added that with the IKEA Foundation, “we started in 2016 with one shelter, and due to the generous grant from the IKEA Foundation we have created 10 additional shelters. Moreover, the Shapiro Foundation supports both the full operation of one shelter for girls and minor mothers with their babies. The support of the IKEA Foundation has enabled us to also establish and operate our Child Protection Unit, consisting of professional social workers, psychologists, lawyers and psychiatrists, and its implementation model includes an Individual Development Plan (IDP) for every child we care for.”

Sofia earned her Master of Science in International Political Economy from the London School of Economics and a Master in International Economics from Sciences Po Paris. Asked why she chose this path for making her contribution to society, she said, “I have been committed to finding support to address the so called refugee crisis in Europe from its start in 2015. My drive comes from the inalienable right of safety, supportive care, and equal access to future opportunity for all children.”

Individuals do not often receive recognition for their philanthropic endeavors, but Sofia was recently named one of the new Obama Foundation European Leaders, but her gaze is always on the task at hand and the future. “While the holistic care and protection of 520 refugee children since 2016 in The HOME Project’s homes is an accomplishment that I am proud of, there are still many more children that need help. Now more than ever it is important to find channels of increased support to explore ways of raising awareness and to protect a large number of children while maintaining the high quality of services.”

She sees the value of such honors in the exposure they generate for the Hope Project and its missions. “I hope my involvement will help The HOME Project to gain visibility as an incubator of child protection services for unaccompanied refugee children and that it will support my efforts in raising awareness of the challenges faced by the children in the shelters and all other unaccompanied refugee minors. Ultimately, my participation in the program reinforces The HOME Project’s drive for transformative change and our motivation to translate ideas into action.”