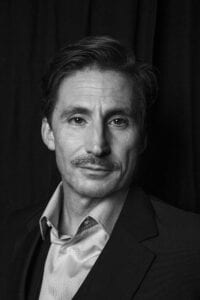 Dimitris Tarlow, director, and actor, purchased and restored Θέατρο Πορεία-Poreia Theatre in Athens’ Plateia Victoria in 2000 and became Artistic Director. It is now considered the most successful private theater in Athens.

Art, literature, and American culture run through Dimitri’s veins. He was born and raised in Athens. His father, Philip Tarlow, is an American from Brooklyn and his mother Marina Karagatsis is the daughter of the Greek author Niki Karagatsis. She has roots in Patras, Thessaly, and the island of Andros.

In 1963 his father, a painter, moved to Greece. “It was a difficult time for the United States,” Dimitris said. His father, reacting against political developments there – with the expansion of the Vietnam war looming – and desiring to explore Europe, arrived in Greece with the proverbial backpack. On a then-still-undiscovered and magical Mykonos, “he met by chance my mother and her friends. After 15 days he returned to the U.S., packed his stuff and returned to Greece.” He learned Greek, was baptized Greek Orthodox – which shook up his Russian Jewish family – and lived there for 15 years, developing his talent.

Dimitris honed his talent in film, television, stage, and radio, but theater is the love of his life.

“The Greek theater scene is very active, with many productions and actors,” he noted with pride.

Poreia presents four or five plays each season. Dimitris points out, “we have a wonderful website created by a very good company, INDEV – they worked with the Stavros Niarchos Foundation for the Greek National Opera’s site.”

The platform created for Poreia is a valuable fundraising medium, but in the COVID era, it also provides the priceless function of live streaming plays. “There will be a four-camera setup, and subtitles … it will be ready in September … otherwise, being limited to 40% occupancy now, we cannot survive.”

Asked if he fears, like leaders in many industries, that people who have moved online during the pandemic will stay there when it passes, Dimitris accentuated the positive. While more people can be invited and made interested by its online presence, he does not believe they will be satisfied with live streaming theater.

“Theater is one of the most ancient, strongest, and enduring human endeavors that have ever existed,” he said and noted theater has survived, wars, pandemics, and other terrible things in the past.

“There is no way that live plays will be replaced by internet productions, for the simple reason that someone who chooses to see a play will fully realize what it offers it only as a live experience. It’s not like soccer, which can be enjoyed on TV – though even there, some people must have live matches.”

“Nevertheless,” he said, “the new technology is a very useful and huge step forward for our theater and in general. If you can show your work on the internet,” it can be enjoyed by “people who could never come to the theater, either because they are disabled, or they are very poor or are far away.”

Indeed, the entire Hellenic Diaspora can now enjoy the best of Greek theater.

“They can view plays live, and then participate in discussions with the actors and directors and watch interviews. It’s like being able to attend 100 theater festivals a year,” he said.

Dimitris’ theater has a broad repertory that includes the modern classics like Checkov, Ibsen, and contemporary plays, as well as adaptation of well-known novels, including Jungermann, by his famous grandfather, author M. Karagatsis. “There are 20 actors and live music, and it had a two-year run that sold 60,000 tickets. It can be seen 10 more times in October when the theater resumes,” he said.

“We also present pioneering, innovative work by young creators. It is an ‘Art’ theater.”

Tarlow was introduced to THI by Nigel Wollheim, a good friend of theater and a personal friend. “He is half English, but has Greek roots and has been a supporter of theater for many years.”

Greece’s artistic community – creators, performers, producers – are suffering during the pandemic, a tragedy for a nation with culture dominating its DNA and vital for its future given the importance of tourism for the Greek economy.

Dimitris acknowledged that the Greek government is attempting to help the arts community during the lockdown as best it can, but added, “obviously Greece can’t spend 50 billion euros on the arts like Germany did,” after COVID-19 hit.

As is often the case in Greece – although there are more and more attempts to being made to find remedies in many fields – part of the problem was bureaucratic. There are many people in the arts in Greece, but they had never been able to be recorded in a registry Dimitris explained. “No one had any idea who these people were. Now for the first time, the Greek state created a register for every kind of art. And artists were eligible for a modest, but still welcome grant of 530 euros.”

There have also been grants during the pandemic for arts organizations, “but it is difficult for me to imagine what we will do this winter with all these restrictions. It is very important for the Diaspora and people like THI’s supporters to be aware of these challenges and to consider helping us,” he said.

Dimitris also believes there are many Greek theater productions that would be successful in translation abroad and in the United States, he feels the Diaspora can help make that happen too. 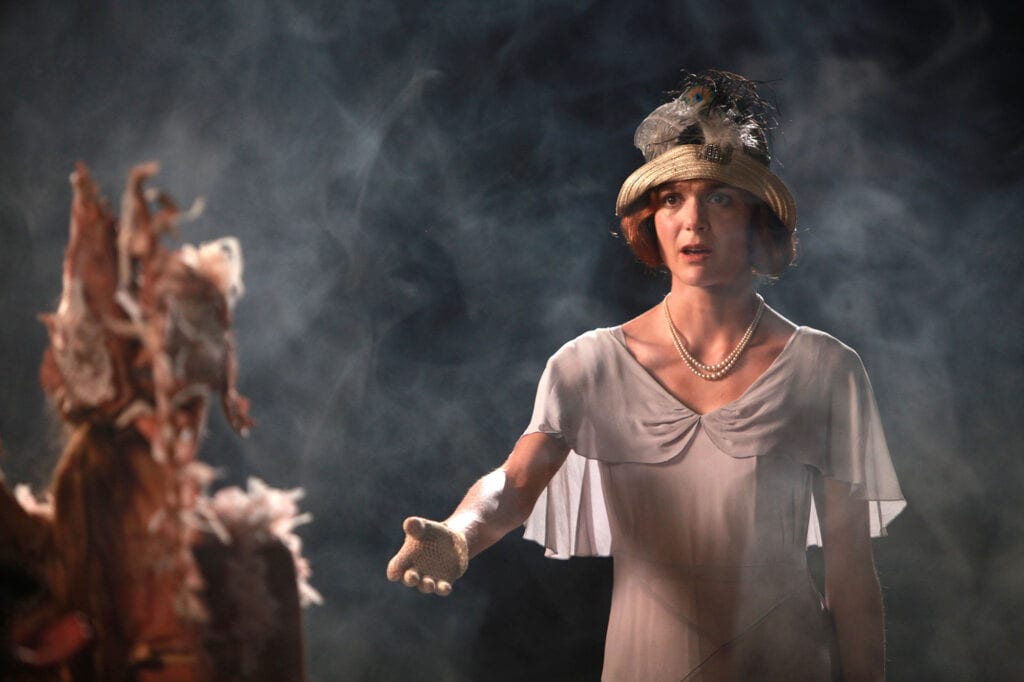 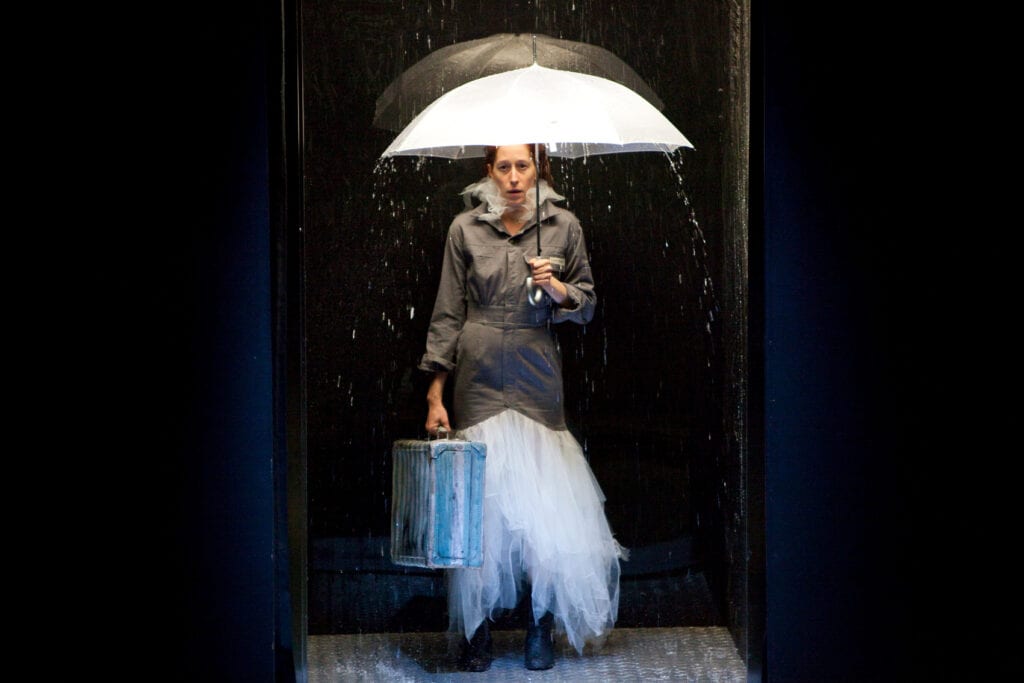