After Selling Company He Helped Found for $550 million, ‘It’s Time to Give Back’

The Hellenic Initiative (THI) is pleased to announce that entrepreneur and philanthropist Dimitris Georgakopoulos has joined its Board of Directors. 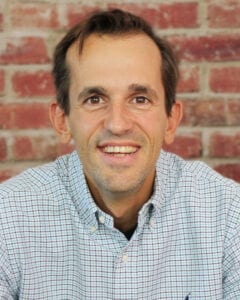 Georgakopoulos is Co-founder and Managing Partner with Outseta LLC. Calling itself “an experiment in organizational purpose and design,” Outseta’s interventions lead to companies that are more innovative, productive, and adaptable in these times of challenge and opportunity, resulting also in employees who are more fulfilled in both their personal and professional lives, concepts which in Greece will bolster development and fight brain drain.

Born and raised in Athens, Georgakopoulos now lives in Boston after being drawn to New England by university studies and setting down roots there with PWC at the beginning of his career. His double major in Finance and Computer Science laid the foundations for his success.

Georgakopoulos began Outsetta after recently selling the business he created with partners 15 years ago and where he pioneered superior property management software.  The company was sold to RealPage for $550 million.

Devoted to promoting entrepreneurship and helping startups, he said, “Outsetta provides a horizontal platform that combines all the tools you would need to get started as a business online – billing, CRM, marketing support.”

Georgakopoulos also decided it was time to focus more on philanthropic endeavors. “After selling the business I wanted to dedicate a portion of my time and money to giving back.”

He created a foundation, but said, “I don’t want to act on my own. I want to partner with other entities whose values and missions I’m aligned with, and I thought THI was as good place to start.”

“It’s a great privilege – I feel honored – to be a part of the THI Board.”

There is already one project near and dear to his heart that he is working on with Executive Director Peter Poulos and others. “It revolves around enabling, supporting, and incubating more companies in Greece to have a mission and purpose that is more socially oriented. There is an opportunity at the intersection between profit and social impact to create something of value that also benefits society tangibly,” he said.

George Stamas, THI Board President, stated:
“An organization like THI is only as strong as the talent and dedication of its Board members and recruiting and welcoming people like Dimitris is key to the success of THI and all its endeavors.”