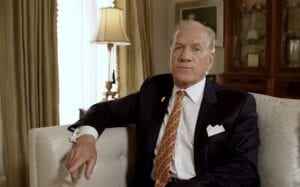 PanHellenic Scholarship Foundation Chairman of the Board of Directors Robert Buhler thanks donors and supporters for making the 2020 scholarship campaign a success despite unprecedented challenges.

The unprecedented response to the COVID-19 pandemic saw event cancellations around the world, but that did not stop the PanHellenic Scholarship Foundation (PHSF) from celebrating its 2020 scholars in style through a virtual awards gala on June 13 streamed live on YouTube and Facebook.

“Despite these difficult times, I am pleased to report that the PanHellenic Board of Directors unanimously voted to move forward with awarding $250,000 in scholarships, as well as properly honoring our 2020 Scholars with a virtual PanHellenic Weekend,” Chairman of the Board of Directors, Robert A. Buhler said. “By not having a traditional gala, we were uncertain of how much of a financial burden the PanHellenic would incur. Additionally, we really didn’t know what a virtual event would entail. However, uncertainty never stopped Chris P. Tomaras, and it was not going to stop our Board,” he said.

The virtual awards gala kicked off with an introduction by emcee WFLD Sports Anchor Lou Canellis, and a blessing by His Eminence Archbishop Elpidophoros of America.

“While the current situation makes it impossible for us to gather together in person … I am with each and every one of you in spirit,” His Eminence said.

Founded in 2020 by the late Chris P. Tomaras, the PHSF has to date awarded over $3.5 million in scholarships to more than 550 students of Hellenic descent from some 200 colleges and universities across 40 states.

“The PHSF has been on a relentless mission these last 18 years … while it’s true that we’ve traditionally gathered together live in big ballrooms to honor our scholars, today, given the unique challenges of our time, we have to show our appreciation and love in a different way,” Canellis said. “You don’t have to be Greek to appreciate these ideals: philotimo, excellence, civic responsibility and the pursuit of knowledge.”

The virtual gala included videos from 2020 scholarship recipients, and PHSF donors, board members and supporters.

“When you look at this group of students, you’re seeing the future of Hellenism, the cure for COVID, the world solvers of conflict … [these students] exemplify the core Greek principles of philotimo, of an emphasis on education and family,” said Sharron Gerstel, Professor of Byzantine Art and Archaeology at UCLA.

The awards gala came to an end with a synchronized musical performance by Mylos Entertainment.

Traditionally, the PHSF weekend of activities was topped off with an annual gala attended by over 600, including a graduation-style walk across the stage for each of the 40 scholars, along with a Paradigm Award presentation to a distinguished Greek American, followed by dinner and dancing.

“After we decided that COVID-19 would not interrupt our tradition of awarding annual scholarships, we knew we needed to create a virtual event to honor these amazing students,” Buhler said. “We could not forego the opportunity to recognize the 40 students that inspire us and make us all so proud.”

The PHSF’s efforts provide scholars value beyond monetary assistance and recognition by focusing on mentoring, alumni development and internships.

Co-hosted by The Hellenic Initiative, this year marked the 4th Annual Mentorship Luncheon, where 125 young Hellenes from the PanHellenic, THI, and the National Hellenic Society were coached by a group of 16 mentors virtually. The PHSF weekend also included a virtual networking mixer for 2020 scholars.

The next PanHellenic Scholarship Foundation gala is scheduled for June 19, 2021.