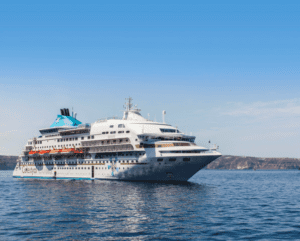 Celestyal Cruises, the Greek cruise company and the award-winning, number one choice for travelers to the Greek Islands and the Mediterranean, is proud to announce a strategic partnership with The Hellenic Initiative (THI). Through this alliance, Celestyal has been named one of THI’s Corporate Ambassadors and the exclusive cruise partner of the organization.

“The Hellenic Initiative is pleased to welcome Celestyal Cruises into our Corporate Ambassador’s program as our exclusive cruise partner.  As an organization committed to the betterment of Greece and Cyprus we are honored to be partnering with a company that is both growing and providing employment while at the same time acting as a good corporate citizen.  Celestyal Cruises is a model for supporting local communities in sustainable and ethical ways.  We encourage our members to discover the Greek Islands and the East Mediterranean with Celestyal,” said Peter J. Poulos, executive director.

As a part of the partnership, Celestyal Cruises will be donating five percent of the cost of all 2021-22 cruises booked by THI membership in support of the organization’s philanthropic initiatives.

“As a Greece based company, Celestyal Cruises is deeply committed to supporting the communities where we live and work.  We see launching this partnership with The Hellenic Initiative during the global pandemic as pivotal towards helping to jump start Greece’s economy, which has been so deeply impacted by the loss of tourism, an industry that is vital to the economic vitality of the country and the livelihoods of so many of its residents.  There is no better organization than The Hellenic Initiative to propel the Greek diaspora towards a common goal of helping Greece in a time of need and we’re thrilled to be working towards this common goal as their exclusive cruise partner,” said Leslie Peden, chief commercial officer. k Diaspora.

Celestyal Cruises has fast built an award-winning reputation and recognition as the number one choice for travellers to the Greek Islands and East Mediterranean thanks to its regional expertise and exceptional hospitality. The company operates two vessels, each one cosy enough to provide genuine and highly personalized services. The foundation of the company’s philosophy is built on a unique Greek heritage which combines outstanding hospitality with genuine cultural destination immersion and provides authentic, lifetime experiences both onboard and onshore.

In February 2020, Celestyal Cruises was honoured at the Cruise Excellence Awards for its “3 Continents” cruise, as the best cruise itinerary for 2019.

In June 2019, Celestyal Cruises was honoured for its overall contribution and commitment to the development of the cruise industry in the East Med region at the MedCruise Awards in Genoa.

Celestyal Cruises is deeply committed to sustainability and ethical business practices. The company actively supports the local communities in the destinations it visits, particularly in the field of education. Since 2015, more than 2000 students on the Greek islands of Milos, Patmos, Samos and Ios have enjoyed a ‘journey to knowledge’, by attending specialized educational programs, initiated by Celestyal Cruises. Additionally, Celestyal Cruises supports cultural NGOs to promote youth entrepreneurship, marine student development and child welfare.

The entire spectrum of Celestyal Cruises’ ship management, including technical, hotel and crew management, and offices, are certified in accordance with ISO 9001/14001 standards. The certifying authority is DNV-GL, which is by widely recognized as the biggest and most respected rating agency in the marine industry. 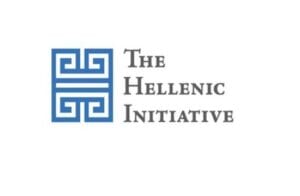