After Building Hubs, Tony Kutulas Finds Path to THI – And Invites Others 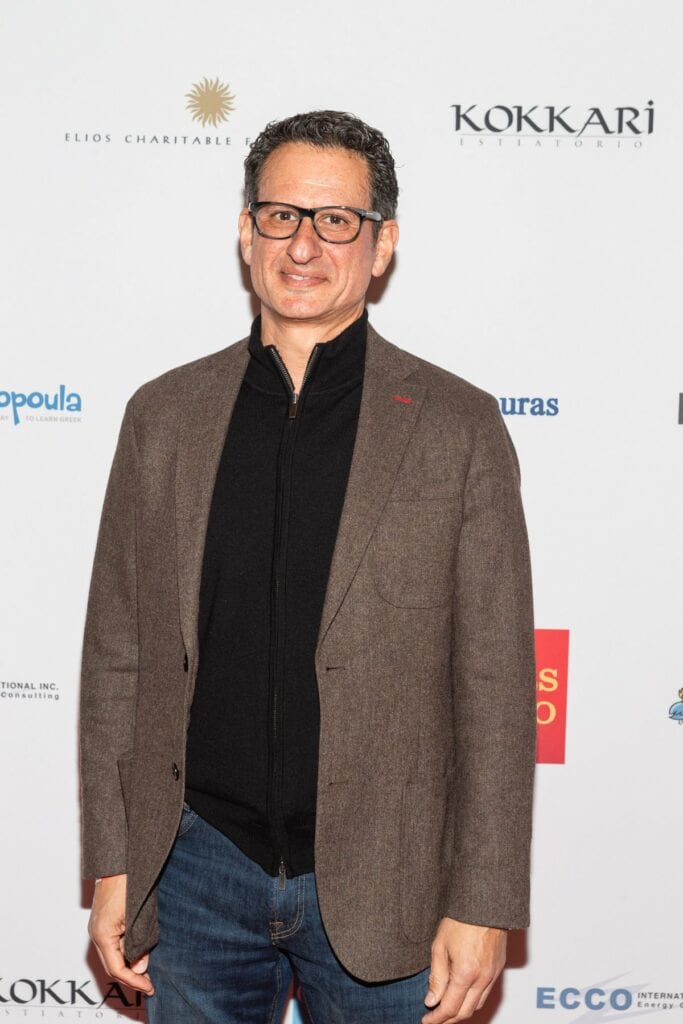 Tony Kutulas was born and raised in the San Francisco area, with roots on his father’s side near Tripoli, Greece, and on his mother’s side in Kyrenia of occupied Cyprus. In his professional and personal life Tony devoted his abundant energy and his marketing expertise and intuition to event production and promotion – many in the context of the Greek-American community – and to launching startups.

The path that would lead him to THI should already be easy to discern, and like many, it passed through the family trips to Greece during his childhood.

“I began to go to Greece with my family at the age of four. My sister continued her education there and now lives in Cyprus and works in international relations.”

Growing up their lives revolved around the Church – Sunday and Greek schools, the Church’s basketball league, YAL, the AHEPA family – and shuttling back and forth from Greece.

As he was completing college, the Greek elements he picked up in home, community, and the homeland crystalized into a passion for sharing the music he loved with others, which in turn launched a career.

“When I turned 21 I started doing events after helping bring people together for events related to Greece,” including presenting Greek music at night clubs. As a producer he developed relationships with venues and Greek DJs and dove into databases, successfully fishing for Greek-Americans who were more scattered in the Bay Area than in places like New York. “Before I did that we didn’t have things like that here,” the Greek scene being limited to church festivals and Greek organization events. As he developed his database he helped different Greek Community groups achieve success, and he still helps them, especially through his Facebook page.

“It goes back to the Community,” which he is passionate about keeping open and vibrant. “In the old days, everyone was helping everyone, but over time the parishes and associations grew apart and closed in on themselves and people only supported their own,” perhaps because the Greeks didn’t live as close to each other as they used to and people had more non-Greek obligations than before. “Also, the organizations didn’t excite people anymore – they didn’t bring in the ‘neolea’, the youth – but I tried to fill the void,” he said, proving that even as communities change and old patterns crumble, an imaginative and energetic core of Greeks can create new realities.

He has moved on from organizing events, but he has created a Facebook group and a page, Greek Events Bay Area, with a calendar that he populates with events, forming a Greek-American hub that creates a buzz for each activity that benefits all.

He established Hellenikozmo – beginning as a web site, now a Facebook page – as a network to bring people together on a global level, to be an international hub generating mutual support for Hellenic events, businesses, and endeavors for churches, restaurants, cafes, etc. by bringing Greek promotors across the United States onto the platform he created.

And he was on the lookout for groups that made a difference.

“I support organizations like THI with positive messages and which show what Greeks can do.” 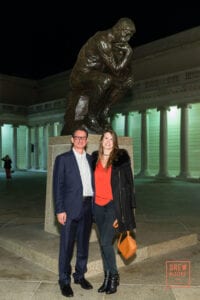 Tony was saddened by the unfolding of the Greek crisis, and wanted to find a way to help. It bothered him that on the West Coast, far from Greece, the message about what is happening there is often garbled, negative perspectives and stereotypes often filling the information vacuum. He was excited to see that THI opened a window on positive things that were going on in Greece.

Asked about how he became involved with THI he said, “I just followed it. I saw what they were doing, seeing the posts on Facebook, the website and emails – it’s such a positive thing…and a grand thing.

And he was impressed with the people who were part of THI. “When you connect celebrity status to something, you take it to another level. It helps the cause very much. These events bring people together and raise money, and more power to them. I continue with THI because it is something I believe in – I see all the good, I watch the videos and read the articles, it is constantly positive and it’s not a gimmick – there are long term goals involved.”

Musing about where life has taken him he said, “I am on that path of just helping, not taking, giving, any way I can and I support THI because of what they do. If I can make a difference, that’s great.”

He very much appreciates that THI helps young entrepreneurs, agreeing with those who say it isn’t necessary to change everyone in a country since helping to build a critical mass of innovators and producers goes a long way.

“It’s about building blocks – and it’s not going to happen overnight – and that’s why those videos are key,” enabling Diaspora Greeks to see what is happening and what is possible.

He hopes Greek-Americans are woken up by such endeavors in Greece and become motivated to make a difference in the U.S. also.  “The activities of these groups say to us, ‘look, this is happening in Greece – what are you doing with your church and your community to help people?”

True to his talents as a promoter, he created a path to THI for others to have the same experience he values.

“Facebook presents fundraising possibilities on people’s birthdays, so I created a page for THI for mine on January 16 last year. I pushed it out all over the place and it got traction because of what I built out here promoting events.”