Arthur Loridas – Giving Back and Nurturing the Future

Born and raised in the village of Kastania Evritanias in Central Greece Arthur Loridas came to the United States to attend Suffolk University in the Boston area. He earned a degree in mathematics, which led to his working as a software engineer, eventually rising to director of software development, among other responsibilities, during the pioneering early 1960s in the computer industry. 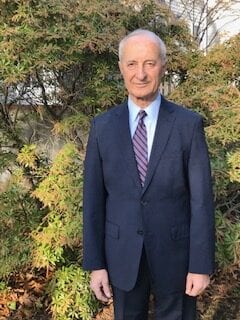 “I came from a wonderful family, with my parents sacrificing for us during WWII and the Greek Civil War,” he said, explaining that made him determined to ‘give back’ though the Greek-American community’s organizations such as the Alpha Omega Council and by supporting Greece through groups like The Hellenic Initiative.

“My parents were humble village folk – my father was a builder and later a cook at the Palace Hotel in Kifissia. During the Civil War we were forced to seek refuge in Agrinio for two years and life was very hard. I was the first in my family to have an opportunity to go to university.”

Those experiences and being proud to be a member of a humble and hardworking family caused him to choose to “major in something that I could use to better my life – and that would keep me in the United States,” where his brother Charlie, who owned a grocery, lived.

His practical side was complemented by his intellectual curiosity – math also attracted him because of its importance in physics, which fascinated him for the knowledge it provides about how the world works. “We understand nature through mathematical formulas,” he said.

Arthur is also deeply moved by the contributions of Hellenic civilization to humanity. “We owe so much to our ancestors…building the Parthenon…creating Democracy which is a force for freedom,” and adding, “I am deeply honored to have ancestors who are giants in the field of knowledge and who displayed such heroics at the Battle of Marathon and in 1821, and who made great subsequent sacrifices. I am honored to be able to try in some small way to do whatever I can to help Greece and promote Hellenism.”

He also appreciates that through his contributions to THI Arthur is not only supporting Greek society in general but he is helping to build a New Greece that will attract the young people who left during the crisis.

“It is very important to end the brain drain and the loss of those educated wonderful young people. I think THI is doing tremendous work both by helping people in Greece who cannot help themselves” and by cultivating young entrepreneurs through programs helping to develop a new mindset among Greek youth.

“There are other organizations that support Greece, but THI as an organization is instrumental by giving economic aid to those in need and through its programs that enable Greece to retain its talented youth,” like the annual Venture Fair in Athens and by bringing young Greek entrepreneurs to valuable events the United States.

Arthur and his wife Carol, who has a background in medical technology, have a son who is pursuing an MBA and a daughter who studied journalism and international relations. “Most importantly they are good kids and I love them,” he said before best wishes for happy holidays were exchanged and Arthur said he looked forward to his next trip to Greece.