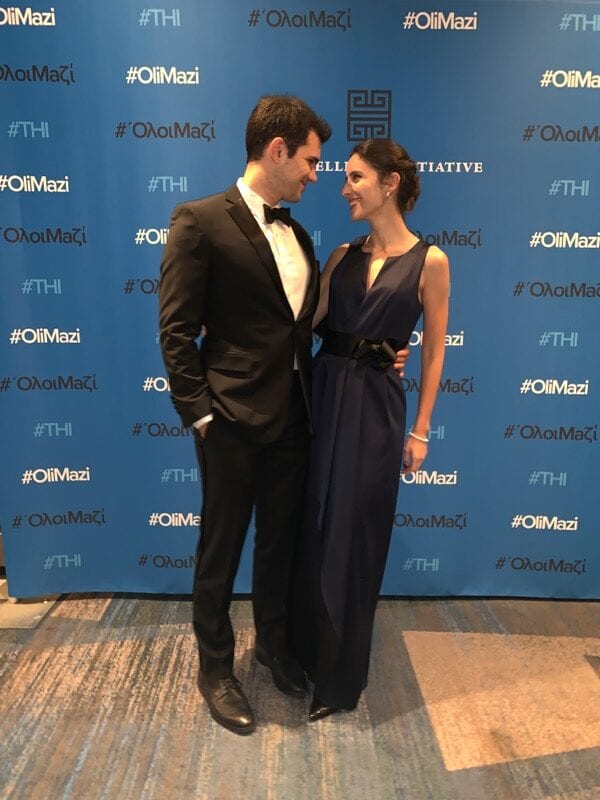 “We are both Greeks, but we never had the opportunity to meet in Greece. Driven by personal aspirations, we pursued studies in the United States, one in San Francisco and the other in Chicago. Our jobs brought us both in New York, but what eventually led us to meet was the THI 2018 Gala.

We are both fervent Phil-Ellines, and when we moved to NYC we each heard about THI and its empowering mission to bring about change in our homeland and our people by providing crisis funding during the fires of 2018, assisting several hospitals and Greek start-ups, and advising the Greek government, among others. We, thus, decided to attend and support THI at the 6th Annual THI Gala, on September 21, 2018.

Luckily, and thankfully, we sat at the same table and this is where we met. As the night went by, we got the opportunity to talk, share the dancefloor and dance Hasapiko and Kalamatiano, and sing together “September” by Earth, Wind and Fire. What first started as mere acquaintances became a strong friendship and eventually a romantic relationship.

As a couple, we are extremely thankful to and proud of THI’s ardent work for Greece. On a personal level, THI is also the reason we met. Since the 2018 gala, we attend (now together as a couple) THI events, including the New Leaders Cocktail Party, inspiring Talks by Mr. Michael Psarros and Mr. Andrew Liveris, and, most importantly, the 7th Annual THI Gala, which was our one-year anniversary. The Hellenic Initiative’s people, work and mission have driven us and have established that this organization has the ability to incubate and deliver results for the people of Greece. For the hope of a thriving community and the existence of our relationship, we are very thankful to THI.