The Hellenic Initiative supports the Fulbright Foundation’s work in Greece

The Hellenic Initiative supported the annual Fulbright “Train the Trainers Meeting”. Recognizing the significance of the Fulbright Foundation’s work in Greece through its educational programs, THI aided the organization for a second year to conduct the event.

The Fulbright Program is the flagship international educational program of the Foundation, sponsored by the U.S. Government, with the purpose of increasing the mutual understanding between the people of the United States and other countries through the exchange of persons, knowledge and skills. The Foundation offers scholarships to Greek and American educators with the purpose of helping them broaden their horizons, share their experiences and become acquainted with the latest advancements in education.

Organized since 2011, the “Train the Trainers Meeting” brings together educators from different regions of Greece to participate in talks and workshops that address current issues in education. This year, on the occasion of Fulbright’s celebration of its 70 years of service, 37 Secondary School Educators, alumni of the Fulbright scholarship programs for educators, participated in the seminar.

With the help of The Hellenic Initiative, the Foundation was able to bring together a larger number and a more diverse group of educators and speakers, strengthening the multiplier effects of the program and enabling the participants to learn and be inspired by one another. The two-day intensive seminar focused on the subjects of multilingualism, cultural diversity, democracy as well as ethics in the classroom. The seminar’s participants also had the chance to listen to the astonishing tale of Athanasia Kyriakakos, 2017 Maryland Teacher of the Year and U.S. Fulbright Alumna, regarding her journey from Greece to the U.S. and her educational development.

Michael Printzos, THI’s Program Director, stated: “The Hellenic Initiative is proud to stand alongside the Fulbright Foundation in its efforts to instill fundamental values such as cultural diversity and ethics in the Greek and American educational systems. THI strongly believes that education represents one of the most pressing issues for our society, not only in order to allow the youth of our country to pursue their dreams, but also to provide them a gateway to understand and communicate with people across the globe. We thus remain firmly committed in supporting initiatives aiming to bridge societies and improve the educational process”.

Artemis A. Zenetou, Executive Director, Fulbright Foundation- Greece, stated: “More than anything else, education defines a country, shapes its people, and determines its future.  THI recognizes that the first steps in creating a strong naton begin with an inquisitive mind, educational excellence, and a global worldview.  We are grateful for THI’s support of our work.  Fulbright engages its alumni in a variety of programs like the Train the Trainers seminar for educators and develops opportunities to further the impact and multiplier effect of Fulbright grants. We look forward to next year’s seminar.” 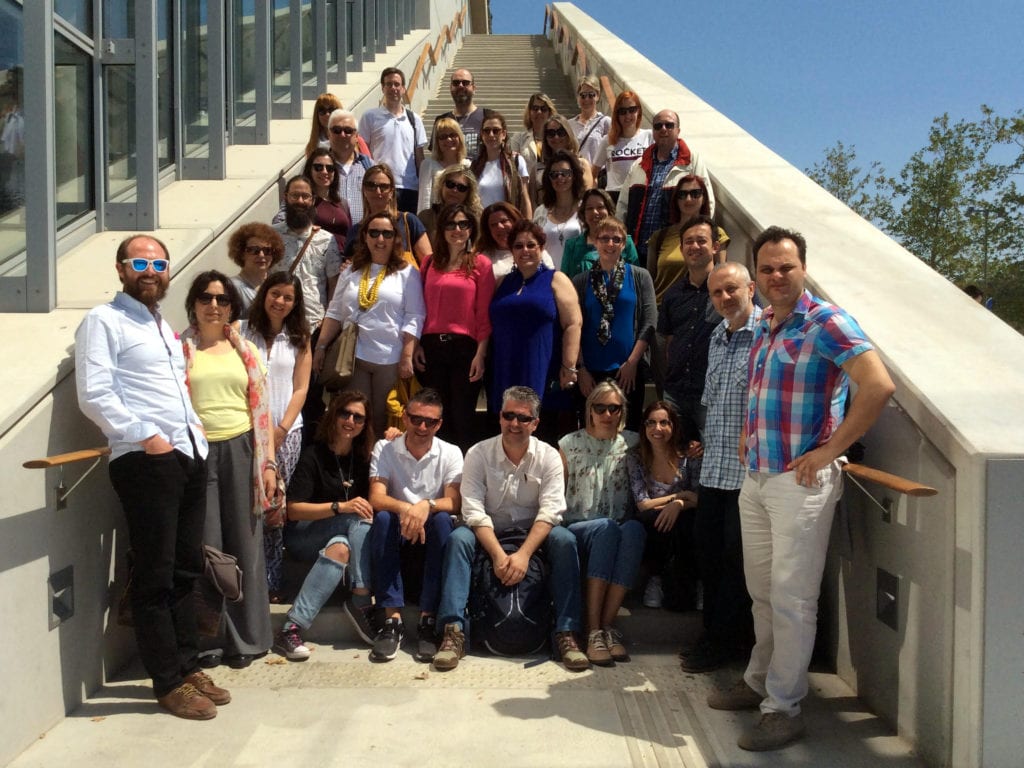